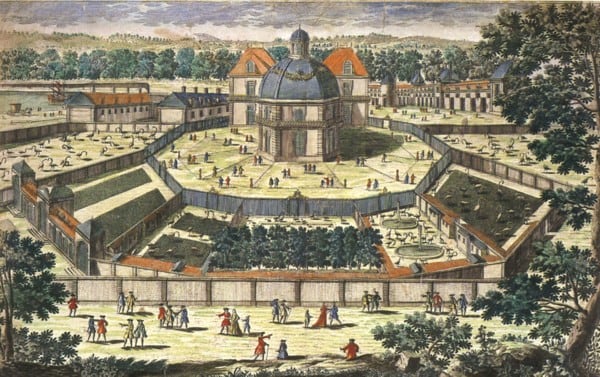 A menagerie is a form of keeping common and exotic animals in captivity that preceded the modern zoological garden. The term was first used in seventeenth century France in reference to the management of household or domestic stock. Later, it came to be used primarily in reference to aristocratic or royal animal collections. The French-language “Methodical Encyclopaedia” of 1782 defines a menagerie as an “establishment of luxury and curiosity.