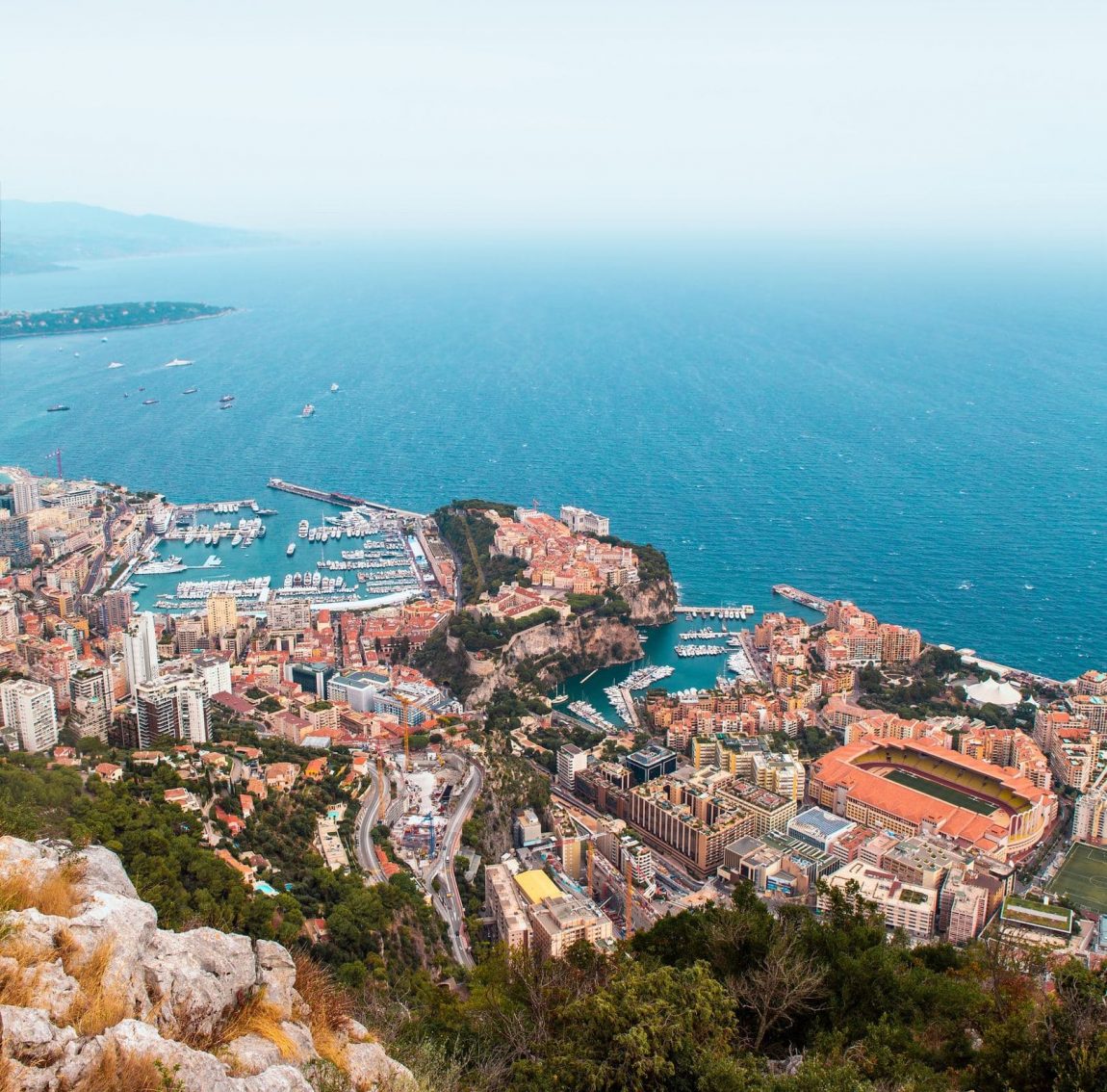 Monaco Listen/ˈmɒnəkoʊ/, officially the Principality of Monaco, is a sovereign city-state, located on the French Riviera in Western Europe. Bordered by France on three sides, with one side bordering the Mediterranean Sea, its center is about 16 km from Italy, and is only 13 km north east of Nice, France. It has an area of 2.02 km, and a population of 36,371, making Monaco the second smallest, and the most densely populated country in the world.