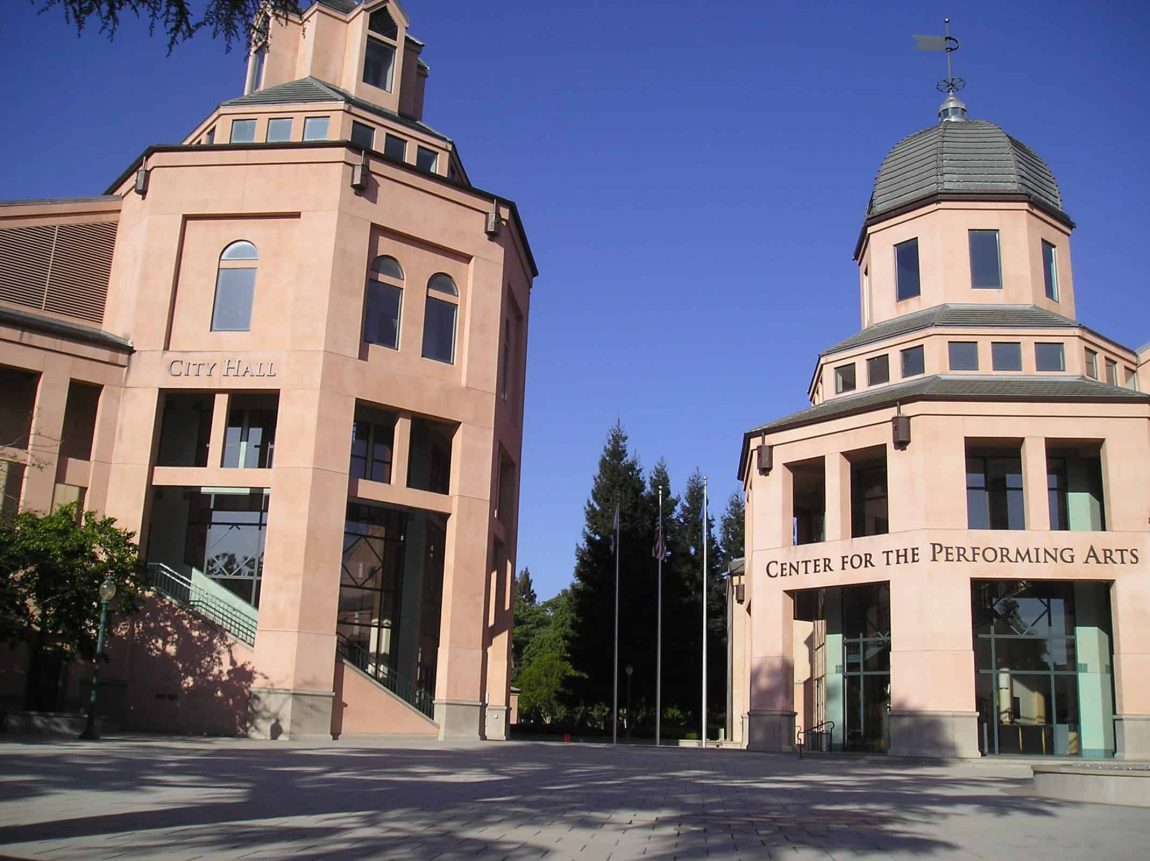 Mountain View is a city in Santa Clara County, in the San Francisco Bay Area of California. It is named for its views of the Santa Cruz Mountains. The city shares its borders with the cities of Palo Alto, Los Altos, and Sunnyvale, as well as Moffett Federal Airfield and the San Francisco Bay. As of the 2010 census, the city had a population of 74,066. Situated in Silicon Valley, Mountain View is home to many high technology companies.