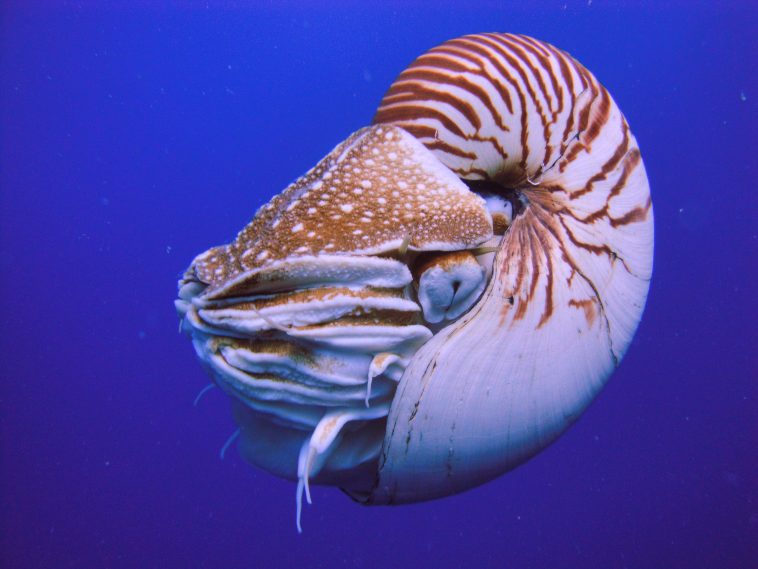 Nautilus (from Greek ναυτίλος, ‘sailor’) is the common name of pelagic marine mollusks of the cephalopod family Nautilidae, the sole extant family of the superfamily Nautilaceae and of its smaller but near equal suborder, Nautilina. It comprises six living species in two genera, the type of which is the genus Nautilus. Though it more specifically refers to species Nautilus pompilius, the name chambered nautilus is also used for any species of the Nautilidae.