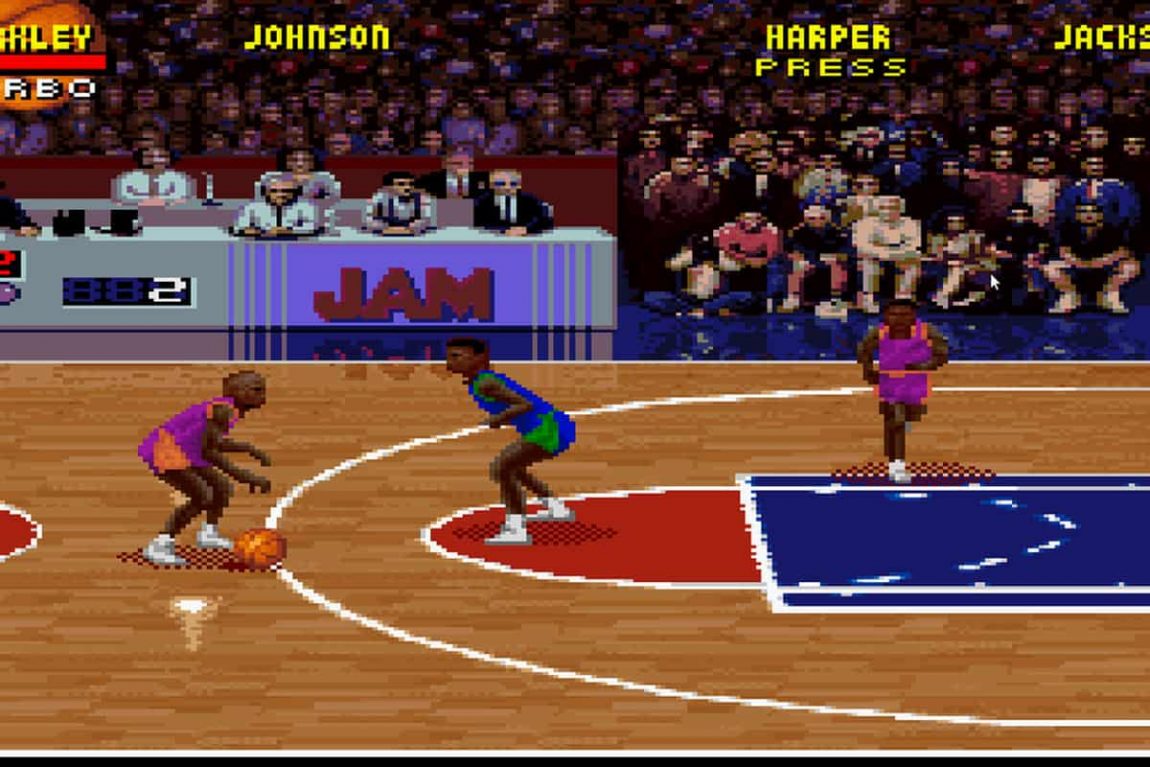 NBA Jam is a basketball arcade game developed by Midway in 1993. It is the first entry in the NBA Jam series. The main designer and programmer for this game was Mark Turmell. Midway had previously released such sports games as Arch Rivals in 1989, High Impact in 1990, and Super High Impact in 1991. The gameplay of NBA Jam is based on Arch Rivals, another 2-on-2 basketball video game. However, it was the release of NBA Jam that brought mainstream success to the genre.