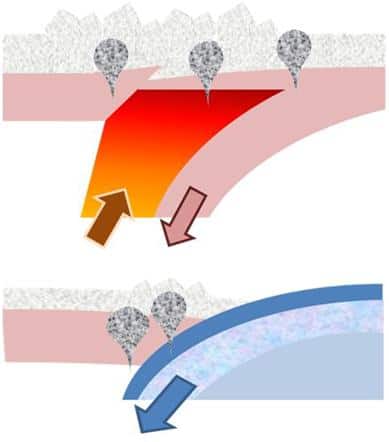 Orogeny refers to forces and events leading to a large structural deformation of the Earth’s lithosphere due to the engagement of tectonic plates. Response to such engagement results in the formation of long tracts of highly deformed rock called orogens or orogenic belts. The word “orogeny” comes from the Greek (oros for “mountain” plus genesis for “creation” or “origin”), and it is the primary mechanism by which mountains are built on continents.