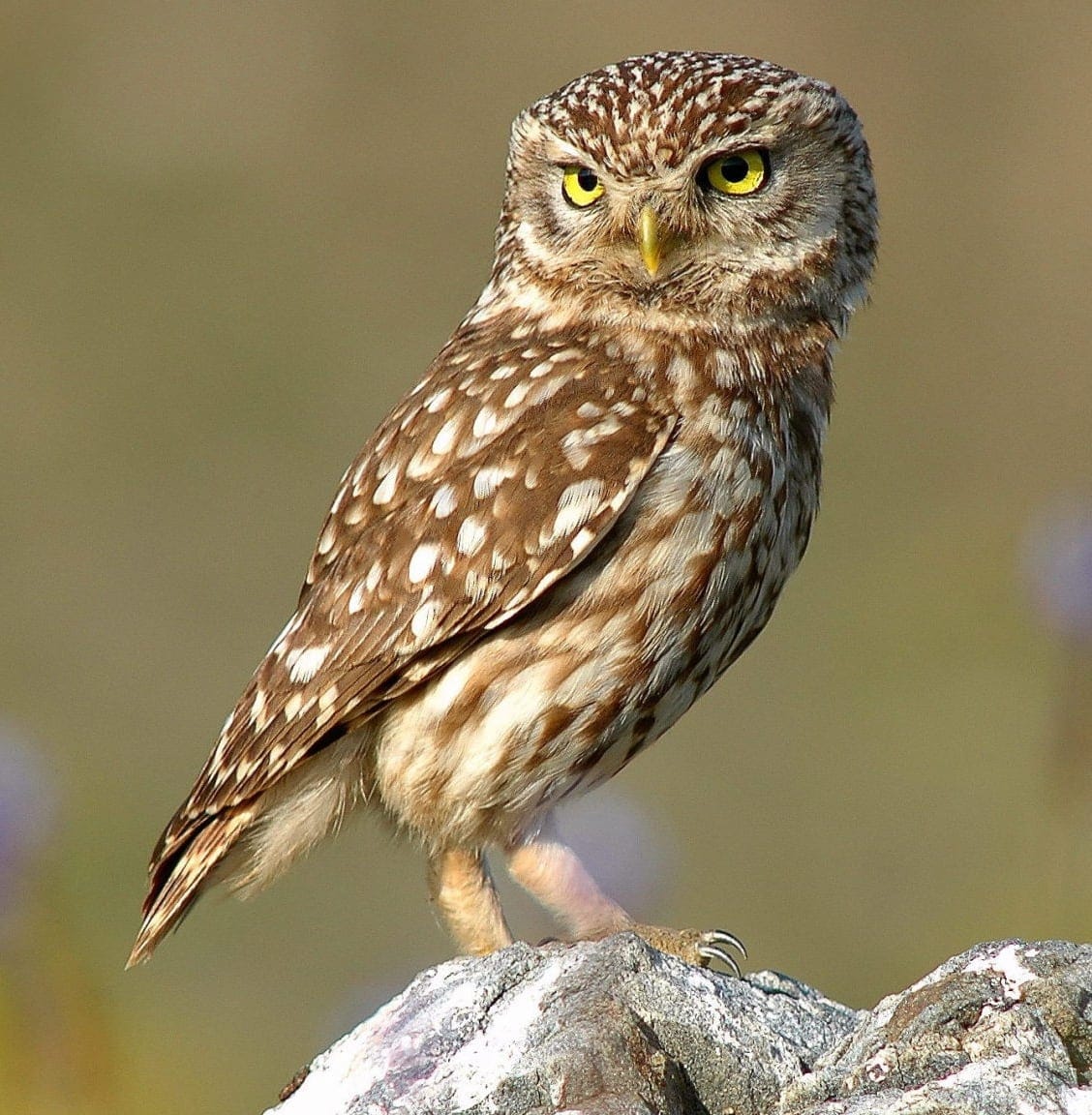 Owls are a group of birds that belong to the order Strigiformes, constituting 200 extant bird of prey species. Most are solitary and nocturnal, with some exceptions. Owls hunt mostly small mammals, insects, and other birds, although a few species specialize in hunting fish. They are found in all regions of the Earth except Antarctica, most of Greenland and some remote islands. Though owls are typically solitary, the literary collective noun for a group of owls is a parliament.