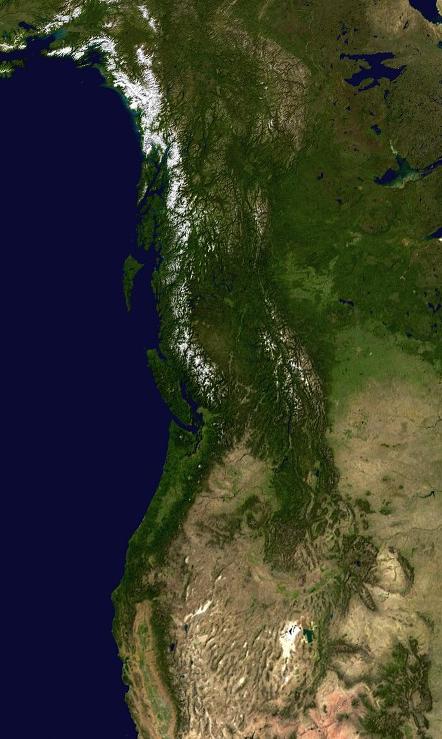 The Pacific Northwest is a region in western North America bounded by the Pacific Ocean to the west and, loosely, by the Rocky Mountains on the east. Though no universally agreed upon boundary exists, a common conception includes the U.S. states of Oregon, Washington, and the Canadian province of British Columbia.