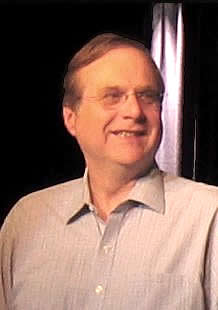 Paul Gardner Allen (born January 21, 1953) is an American inventor, investor and philanthropist, best known as the co-founder, with Bill Gates, of Microsoft Corporation. As of March 2012, he was estimated to be the 48th-richest person in the world, with an estimated wealth of $14.2 billion. He is the founder and chairman of Vulcan Inc. , which manages his various business and philanthropic efforts.