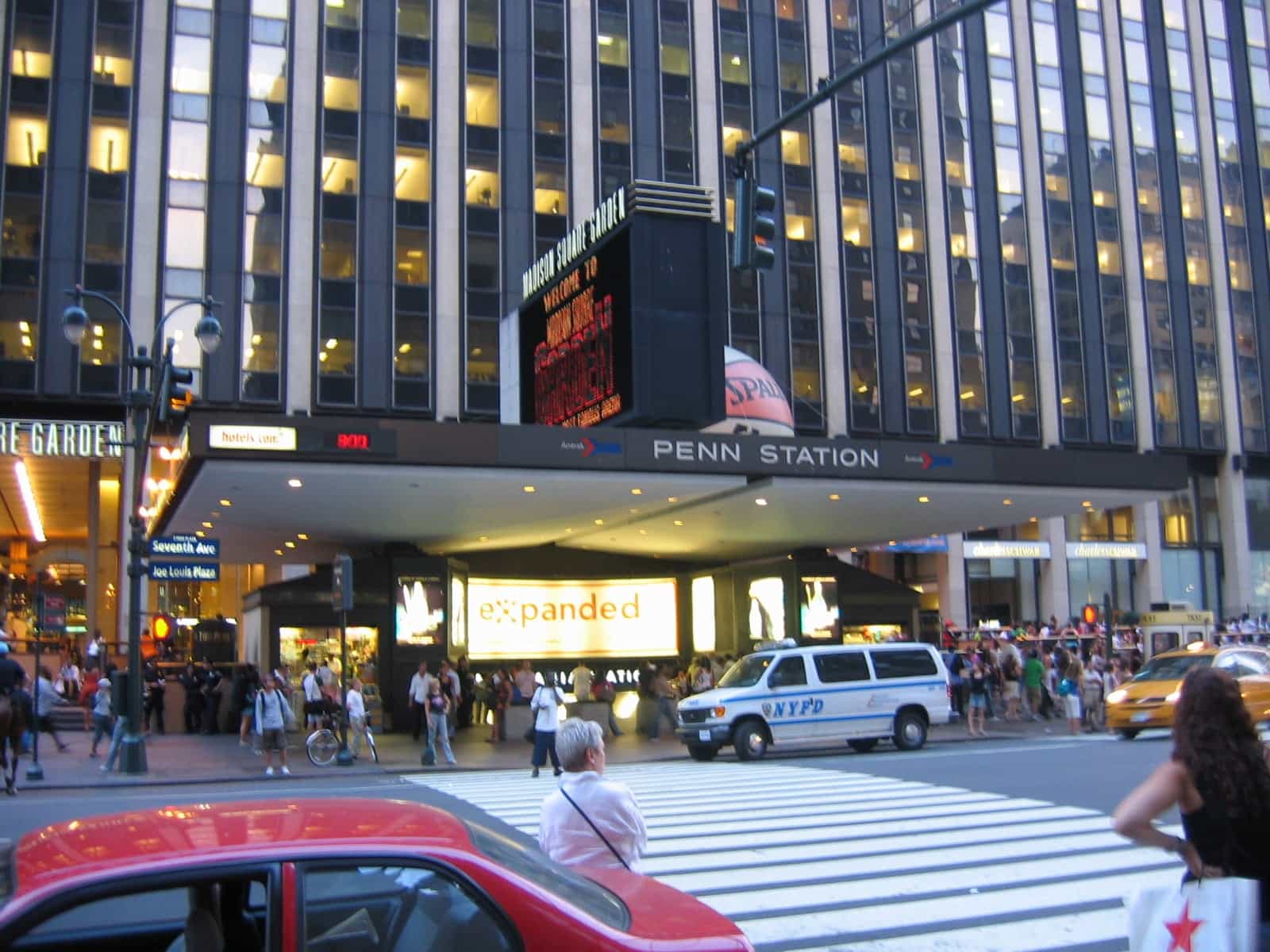 Pennsylvania Station—commonly known as Penn Station—is a major intercity train station and a major commuter rail hub in New York City. Serving 300,000 passengers a day (compared to 140,000 across town at Grand Central Terminal) at a rate of up to a thousand every 90 seconds, it is the busiest passenger transportation facility in the United States and by far the busiest train station in North America.