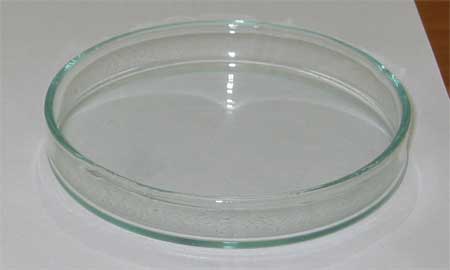 A Petri dish (or Petri plate or cell culture dish) is a shallow glass or plastic cylindrical lidded dish that biologists use to culture cells or small moss plants. It was named after German bacteriologist Julius Richard Petri, who invented it when working as an assistant to Robert Koch. Glass Petri dishes can be reused by sterilization (for example, in an autoclave or by dry heating in a hot air oven at 160 °C for one hour).