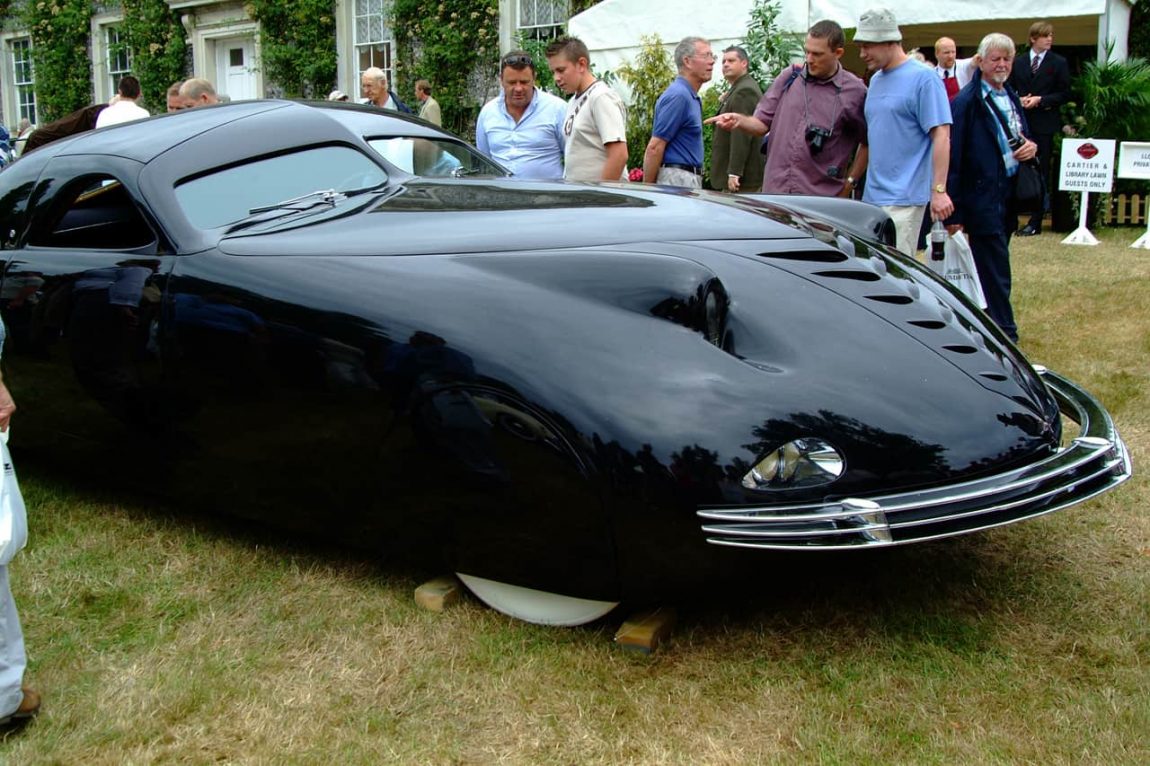 The Phantom Corsair is a prototype automobile built in 1938. It is a six-passenger coupé that was designed by Rust Heinz of the H. J. Heinz family and Maurice Schwartz of the Bohman & Schwartz coachbuilding company in Pasadena, California. Although sometimes dismissed as a failure because it never entered production, the Corsair is regarded as ahead of its time due to its futuristic features and styling cues such as faired-in fenders and a low profile.