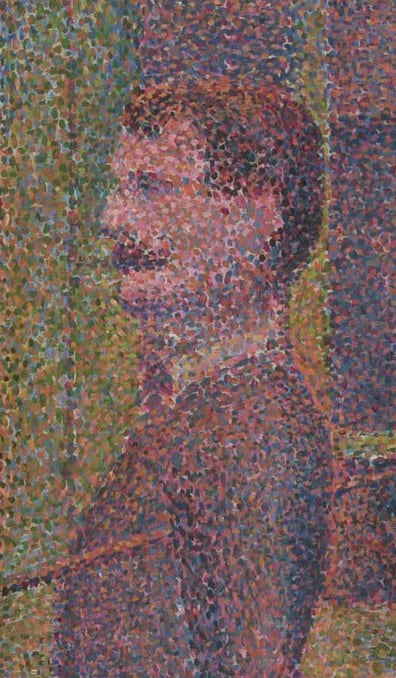 Pointillism is a technique of painting in which small, distinct dots of pure color are applied in patterns to form an image. Georges Seurat and Paul Signac developed the technique in 1886, branching from Impressionism. The term Pointillism was first coined by art critics in the late 1880s to ridicule the works of these artists, and is now used without its earlier mocking connotation. Neo-impressionism and Divisionism are also terms used to describe this technique of painting called pointillism.