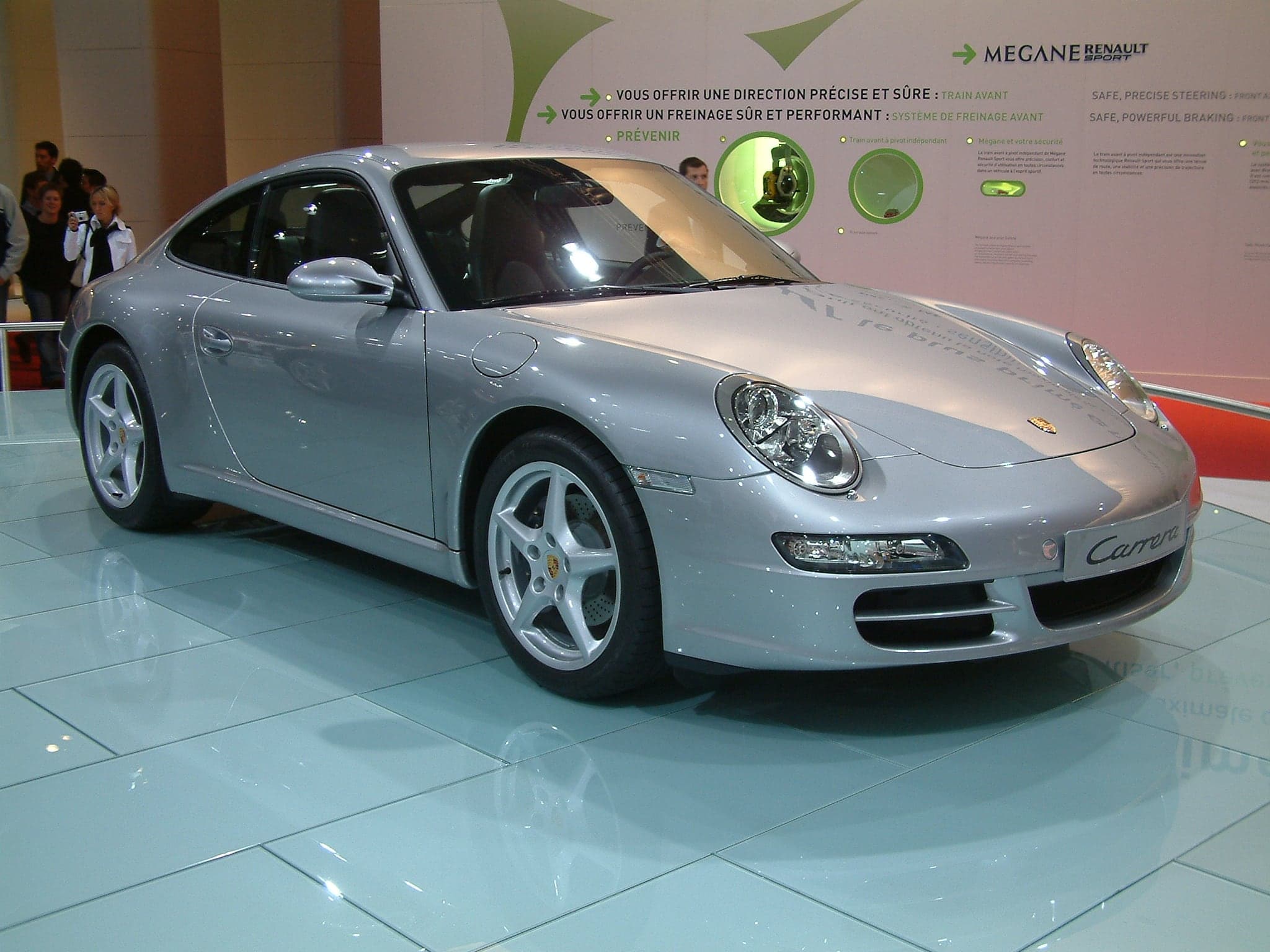 The Porsche 997 (Nine-Nine-Seven) is the internal designation for the Porsche 911 model manufactured and sold by German manufacturer Porsche between 2004 (as Model Year 2005) and 2012. Production of the Carrera and Carrera S coupés began in early 2004, all-wheel drive Carrera 4 and Carrera 4S versions began shipping in November 2005, Turbo and GT3 derivatives went on sale in late 2006 and the 911 GT2 in 2007.