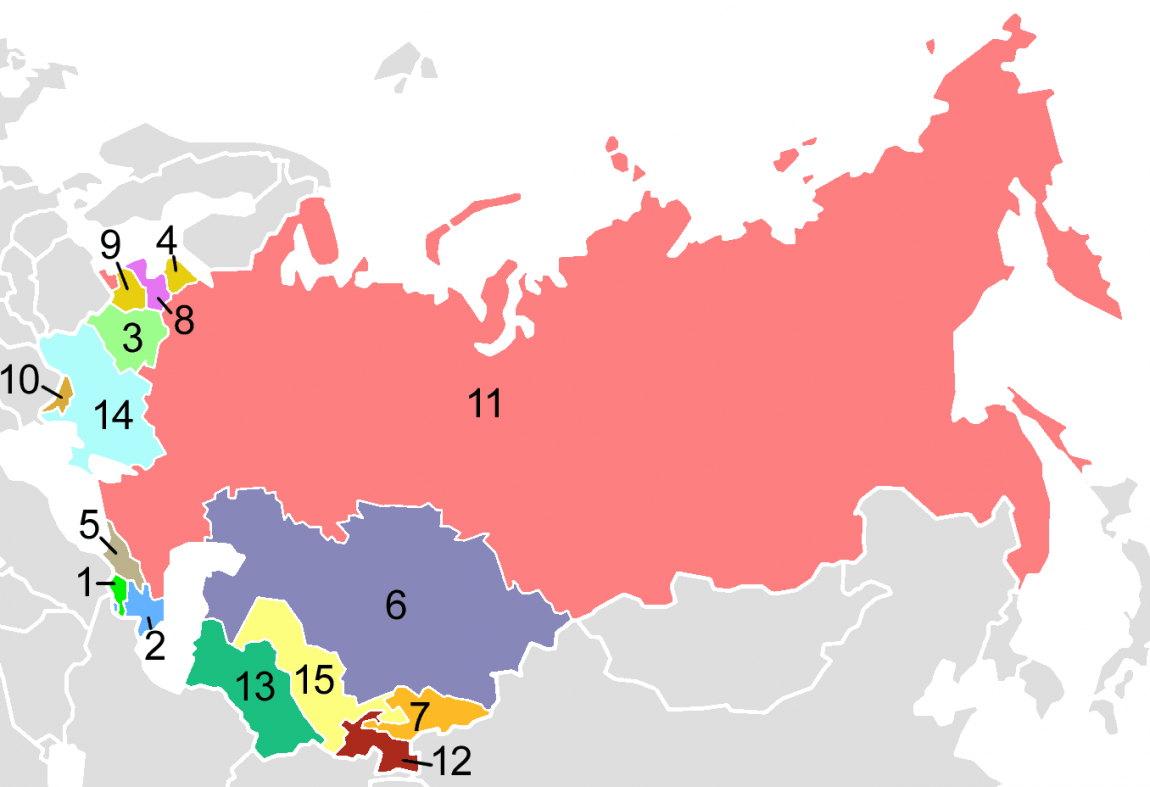 The post-Soviet states, also commonly known as the Former Soviet Union (FSU) or Former Soviet Republics, are the 15 independent states that emerged from the Union of Soviet Socialist Republics in its dissolution in December 1991. The three Baltic states restored their independence on the basis of state continuity; while the remaining 12 republics are deemed to have seceded from the Soviet Union and are thus referred to as the Newly Independent States (NIS).