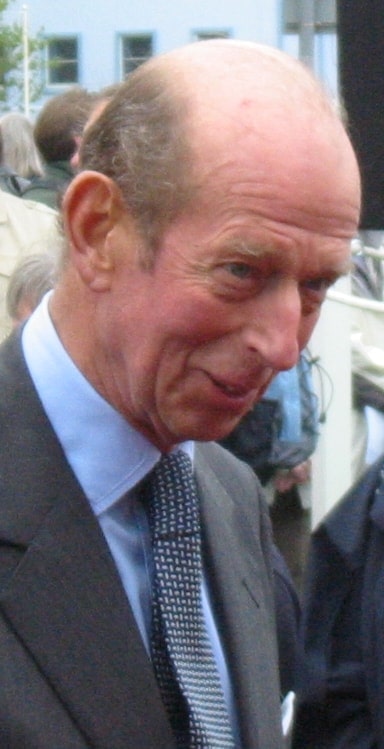 Prince Edward, Duke of Kent, KG, GCMG, GCVO (Edward George Nicholas Paul Patrick; born 9 October 1935), is a grandchild of King George V of the United Kingdom. He has held the title of Duke of Kent since 1942. The Duke of Kent carries out royal duties on behalf of his first cousin, Queen Elizabeth II. He is perhaps best known as President of the All England Lawn Tennis and Croquet Club, presenting the trophies to the Wimbledon champion and runner-up.