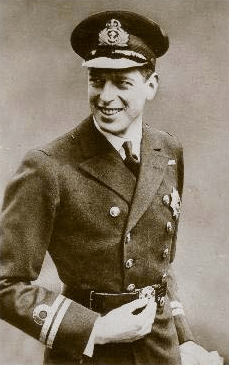 Prince George, Duke of Kent (George Edward Alexander Edmund; 20 December 1902 – 25 August 1942) was a member of the British Royal Family, the fourth son and fifth child of George V and Mary of Teck, and younger brother of Edward VIII and George VI. He held the title of Duke of Kent from 1934 until his death in 1942.