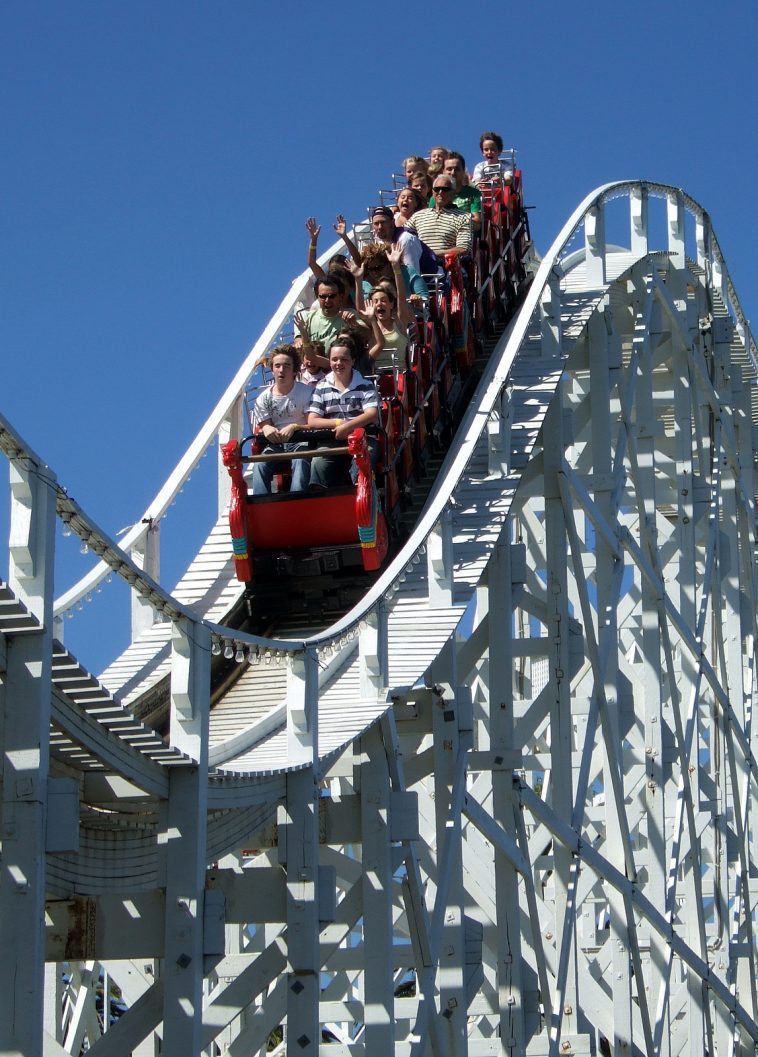 The roller coaster is a popular amusement ride developed for amusement parks and modern theme parks. LaMarcus Adna Thompson obtained a patent regarding roller coasters on January 20, 1885, which were made out of wood, but this patent is considerably later than the “Russian mountains” described below. In essence a specialized railroad system, a roller coaster consists of a track that rises in designed patterns, sometimes with one or more inversions that briefly turn the rider upside down.