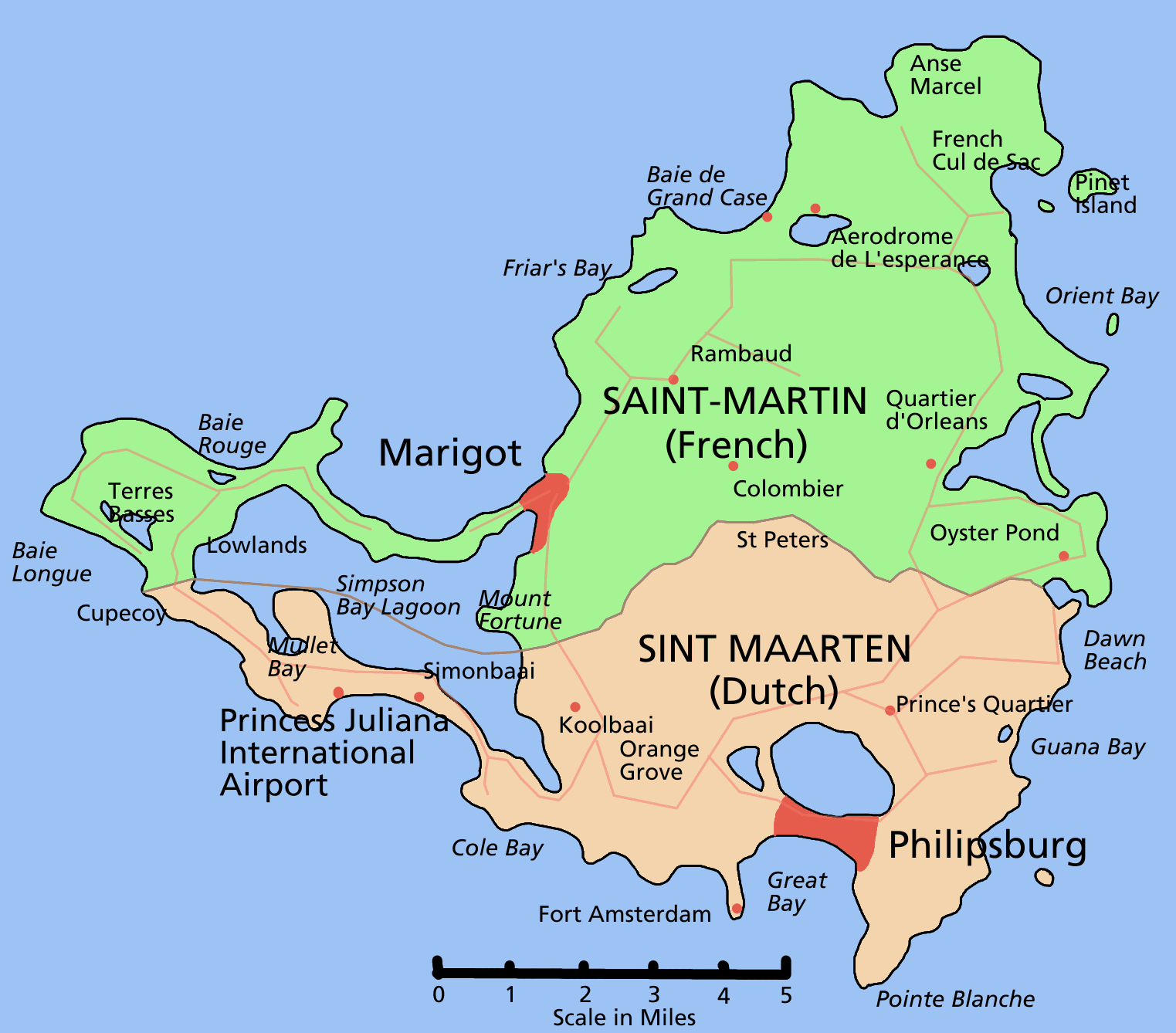 Saint Martin is an island in the northeast Caribbean, approximately 300 km east of Puerto Rico. The 87 km island is divided roughly 60/40 between France (53 km) and the Kingdom of the Netherlands (34 km); they are roughly equal in population. It is one of the smallest sea islands divided between two nations, a division dating to 1648. The southern Dutch part comprises Sint Maarten and is one of four constituent countries that form the Kingdom of the Netherlands.