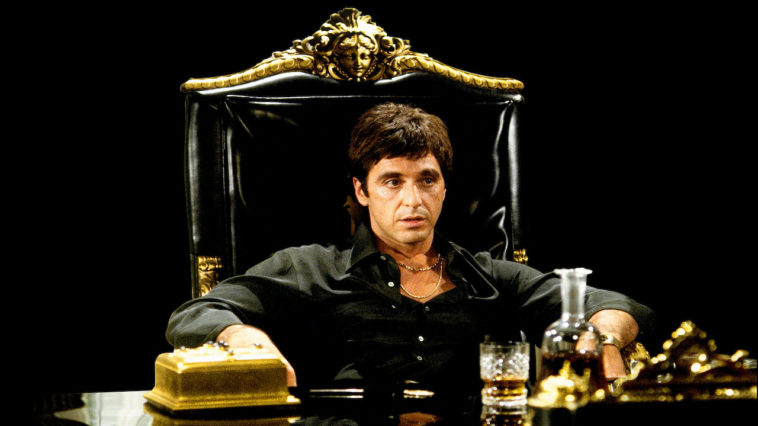 Scarface is a 1983 American crime film directed by Brian De Palma, written by Oliver Stone, and starring Al Pacino as Tony Montana. In the movie, Tony moves to Miami in 1980 with the Mariel Boatlift from Cuba during the cocaine boom of 1988. He rises through ranks quickly to become one of America’s most prolific drug lords and kingpin before his downfall due to infighting between Colombian cartels which leads him into exile back home in Havana.