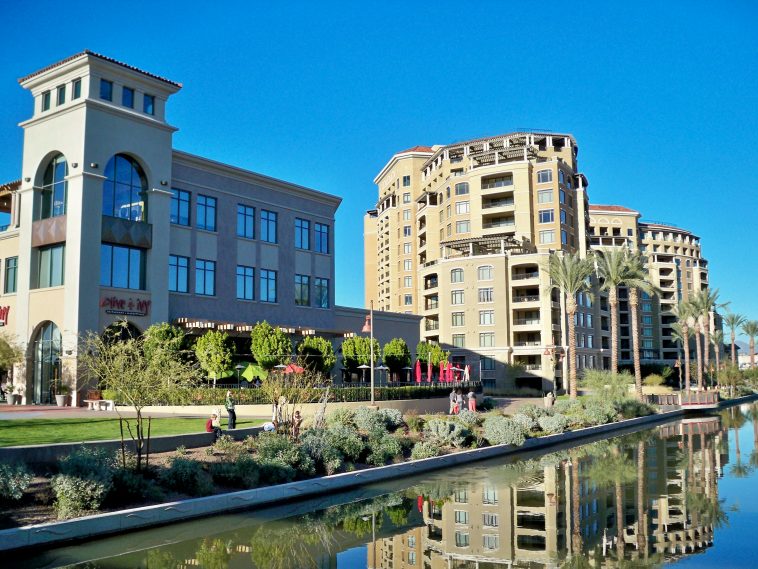 Scottsdale is a city in the eastern part of Maricopa County, Arizona, United States, adjacent to Phoenix. According to the U.S. Census Bureau, as of 2010 the population of the city was 217,385. The New York Times described downtown Scottsdale as “a desert version of Miami’s South Beach” and as having “plenty of late night partying and a buzzing hotel scene”.