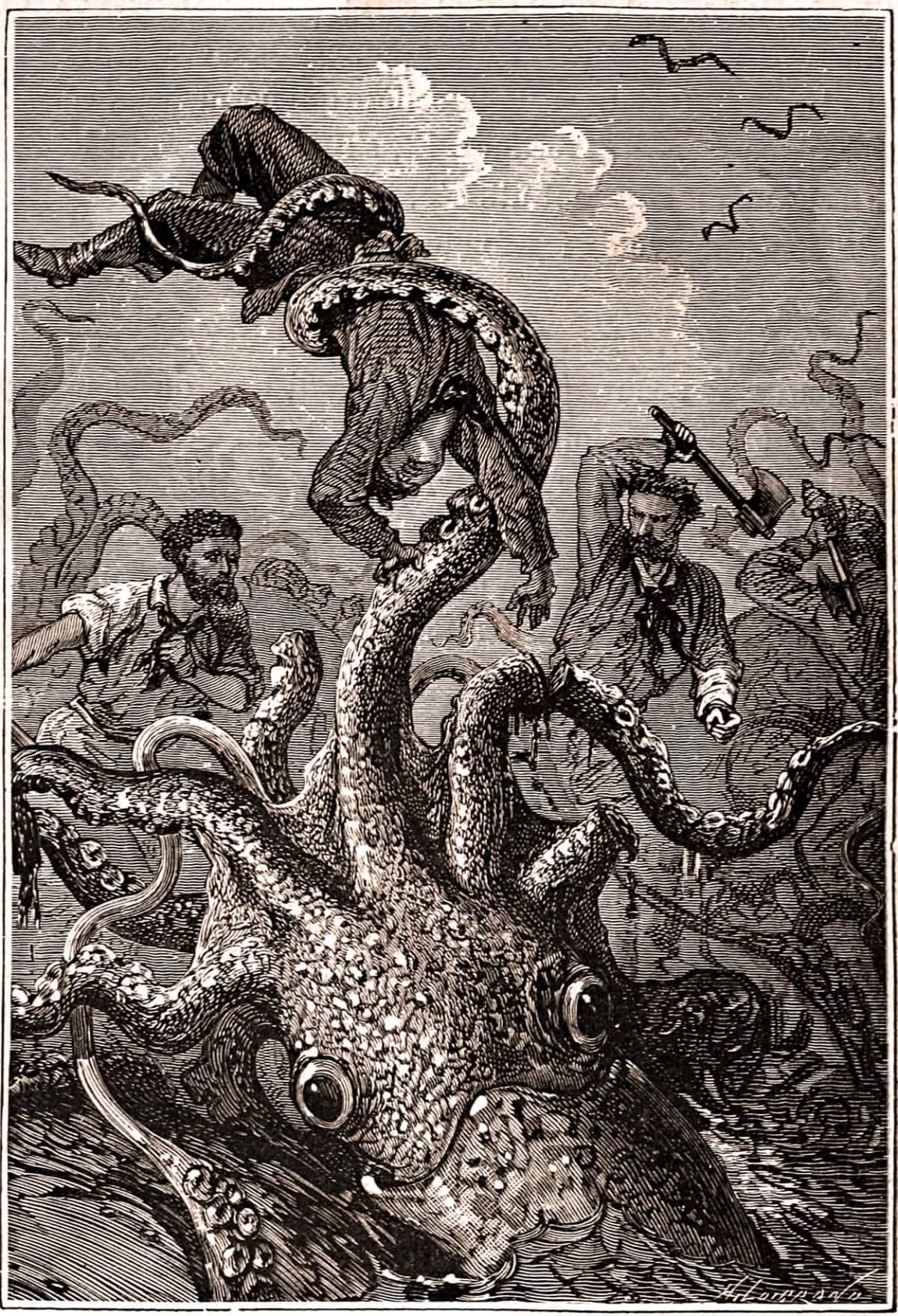 Sea monsters are sea-dwelling mythical or legendary creatures, often believed to be of immense size. Marine monsters can take many forms, including sea dragons, sea serpents, or multi-armed beasts. They can be slimy or scaly and are often pictured threatening ships or spouting jets of water. The definition of a “monster” is subjective, and some sea monsters may have been exaggerations of scientifically accepted creatures such as whales and types of giant and colossal squid.