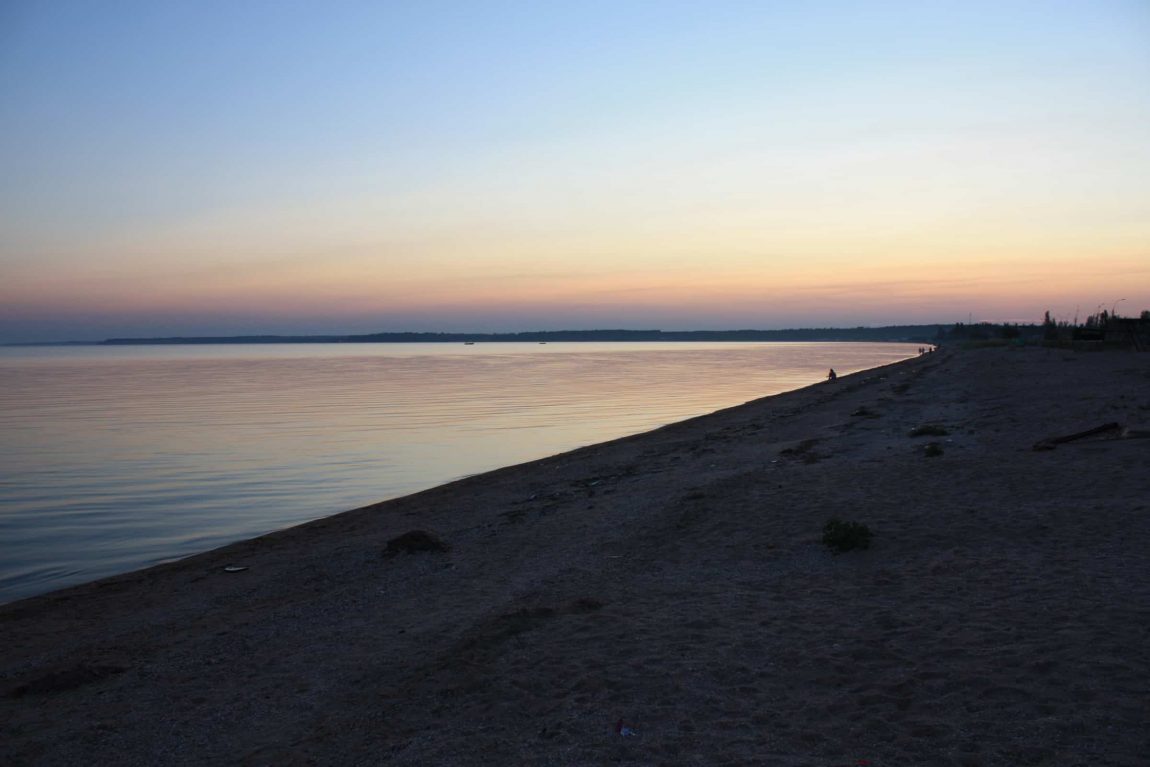 The Sea of Azov, known in Classical Antiquity as Lake Maeotis, is a sea on the south of Eastern Europe. It is linked by the narrow (about 4 km) Strait of Kerch to the Black Sea to the south and is bounded in the north by mainland Ukraine, in the east by Russia, and in the west by the Ukraine’s Crimean Peninsula. The Don and Kuban are the major rivers that flow into it. The Sea of Azov is the shallowest sea in the world with the depth varying between 0.9 metres and 14 metres .