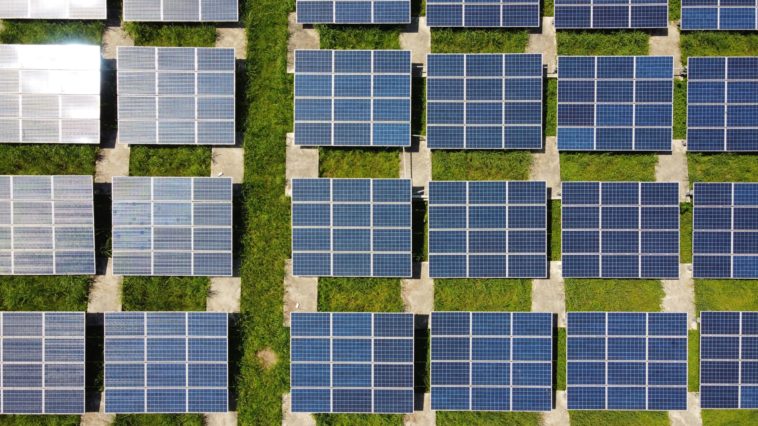 Solar power is a conversion of sunlight to electricity, either directly with photovoltaics (PV) or indirectly with concentrated solar power (CSP). Concentrated solar power systems use lenses or mirrors and tracking systems to focus large areas of sunlight into small beams. Photovoltaics convert light to electric current using the photoelectric effect. Solar power is unique because it can be built as distributed generation (located at or near the point of use) Solar cells for direct conversion of sunlight into electricity were developed in the 1950s. They are used to power spacecraft and have been since October 4, 1957, when they successfully powered the satellite Vanguard 1. Solar PV is growing rapidly and has already reached grid parity in at least 30 countries. Solar thermal power stations have been successfully operating in California commercially since the 1980s, including the Solar Energy Generating System (SEGS), which initially had an installed generating capacity of 354 MWth and now has 750 MWth. Solar heating systems that use mirrors or lenses to concentrate sunlight on pipes containing a heat transfer fluid are used in many countries to produce hot water, space heating or cooling, and industrial process heat. Solar photovoltaics grew from about 1% in 2006 to almost 7% of worldwide electricity production in 2013. Solar PV is a flexible technology that can generate power on demand, day or night, whenever there is an unobstructed portion of the sky. Solar PV has been mainstream since 2010 and with grid parity in over 30 countries in 2013, is now cheaper than coal power for many consumers. Solar thermal (CSP) grew from about 1% of worldwide electricity production in 2012 to almost 7% in 2016, mostly due to new large projects being built in North Africa and the Middle East. Solar heating and cooling (H&C) is a rapidly growing segment of the HVAC industry, due to increased building efficiency and awareness as well as improved availability of lower-cost solar thermal collectors. Solar PV power plants use one of two technologies: Large-scale Solar farms range in size from 20 MWac to 595 MWac.