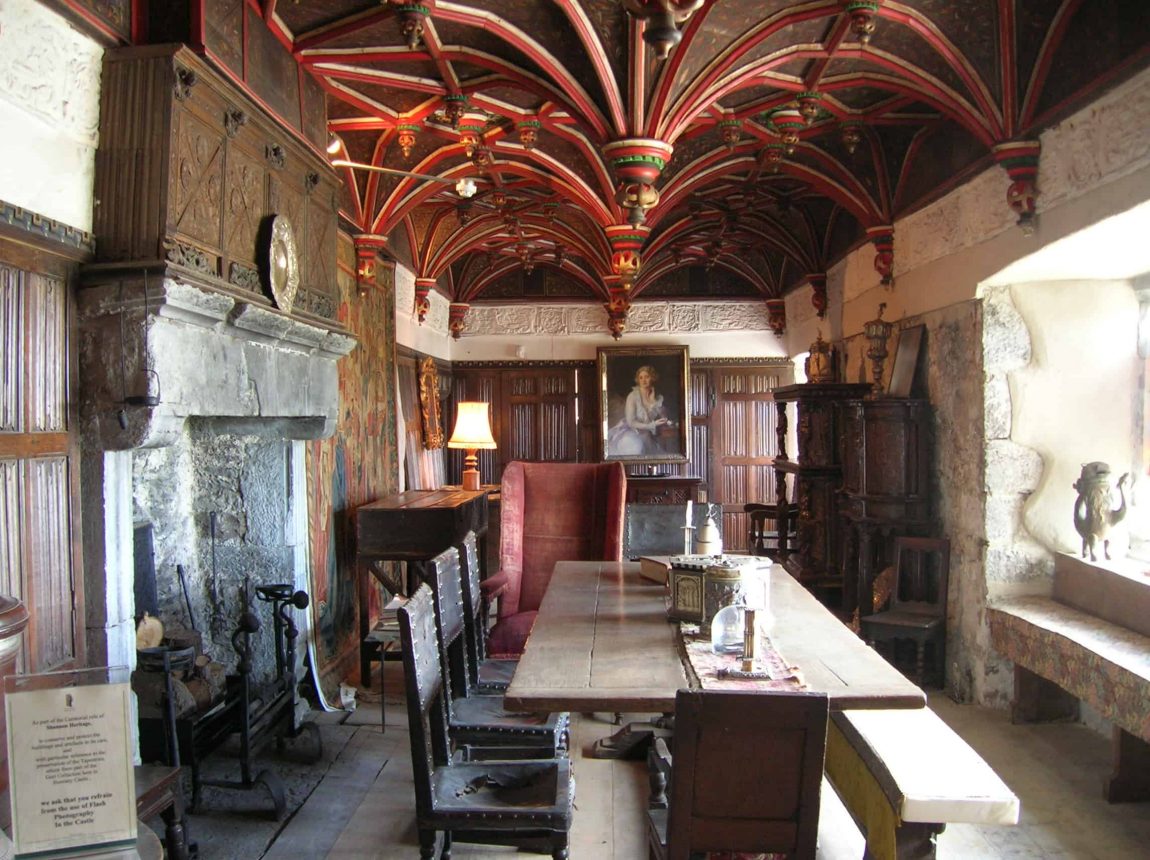 The solar was a room in many English and French medieval manor houses, great houses and castles, generally situated on an upper storey, designed as the family’s private living and sleeping quarters. In such houses, the main ground-floor room was known as the Great Hall, in which all members of the household, including tenants, employees and servants, would eat. Those of highest status would be at the end, often on a raised dais, and those of lesser status further down the hall.