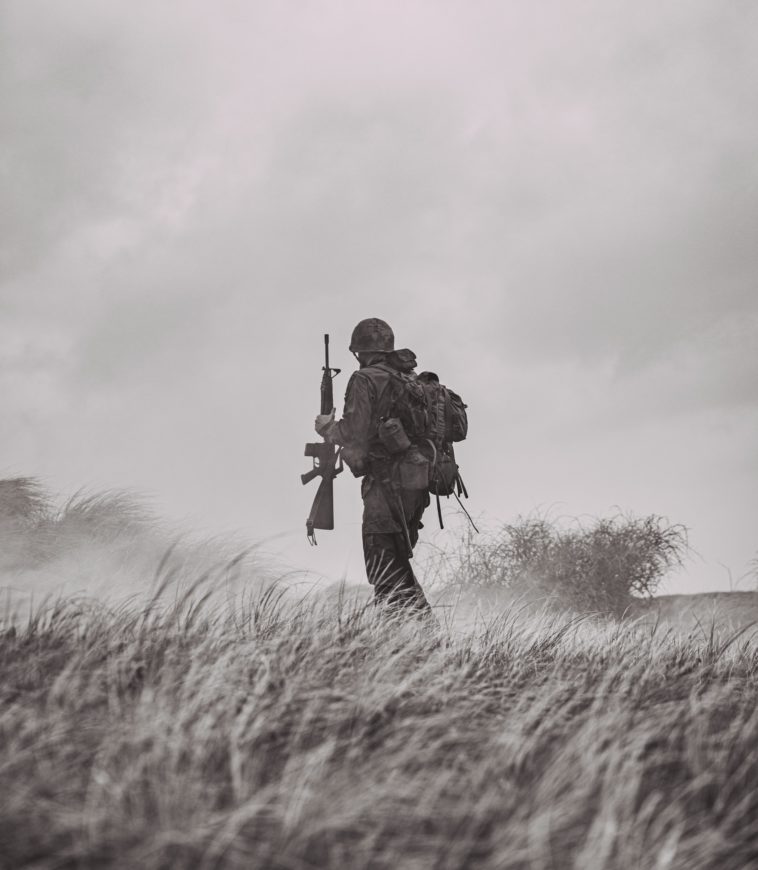 A soldier is someone who fights as part of an army. The government usually pays soldiers for their services. Still, if they don’t work for a specific country, they would be considered mercenaries and get money from people or organizations that want to hire them instead.

A soldier fights with a weapon that is related to the soldier’s role. For example, if they are in charge of a tank, they would be driving it and using guns and missiles to fight enemies. If soldiers help carry supplies, they might have a different kind of weapon or none; an example of this is being part of an infantry unit, a soldier who carries supplies and fights.

A soldier’s main responsibilities include:

1. Defending their country or organization they are working for from enemies in war. They do this by setting up strategies and deciding on the best way to fight that specific enemy; this is often done by officers in charge of the soldier’s group.

2. Fighting to take control of land, bases, or resources from people who aren’t friendly with them; enemies can also be fought this way. This is done by soldiers using force on the enemy and trying to outsmart them.

3. Clearing areas that have been affected by natural disasters such as floods, earthquakes, or fires. They do this by removing any hazards in the area and then making it safe and secure for people to live there again; they also try to make sure there is enough food distributed amongst the population and other resources needed to sustain them.

4. Helping their country when the government or people have been affected by disasters as well. This is done in situations like earthquakes, floods, or fires by soldiers removing hazards and helping to rebuild destroyed buildings that would be needed to keep the country functioning; they also help with the distribution of resources needed for survival.

To become a soldier, many trials must be passed first. These tests measure how physically and mentally fit someone is; if you fail these, you will not be considered a soldier. A soldier must have an aptitude for writing, problem-solving, critical thinking, and citizenship before joining the army.

There are lots of different types of soldiers based on their roles:

• Infantry- The largest amount of soldiers who fight on the frontlines. They are also known as a foot soldier and have both offensive and defensive roles; they use a rifle such as an AK-47 for the offense.

• Weapons soldier- The soldier who uses weapons such as grenade launchers, anti-aircraft missiles, or heavy machine guns to fight their enemies from afar.

• Driver soldier- Also known as a motor soldier or tank soldier, this position is in charge of driving a tank when on the battlefield. Drivers soldier can be paired with another soldier to man the weaponry on the tank to attack its enemies efficiently. A driver soldier’s main objective is to help destroy enemy tanks while protecting his own tank or infantry unit at all costs; their secondary objective is to aid civilians and other non-military bystanders if someone or something attacks them.

• Engineer soldier- This soldier helps out with the construction and demolition of bases, communication towers, and other structures needed by the army for war or peace; they also help clear areas after natural disasters to make sure people can live there again. An example of an engineer soldier’s work would be making a bridge so that soldiers can cross over a river.

• Artillery soldier- Has the job of using guns to attack enemies from afar when they are on the battlefield; these weapons include howitzers, heavy machine guns, mortars, and hand grenades that use explosive shells like artillery shells to explode targets. These soldier’s main objective is to destroy enemy artillery positions while protecting their own artillery.