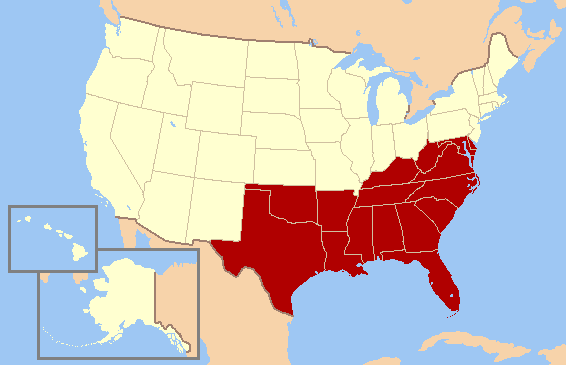 The Southern United States—commonly referred to as the American South, Dixie, or simply the South— is an area in the southeastern and south-central United States. The region is known for its distinct culture and history, having developed its own customs, musical styles and varied cuisines that have helped distinguish it from the rest of the United States. The Southern ethnic heritage is diverse.