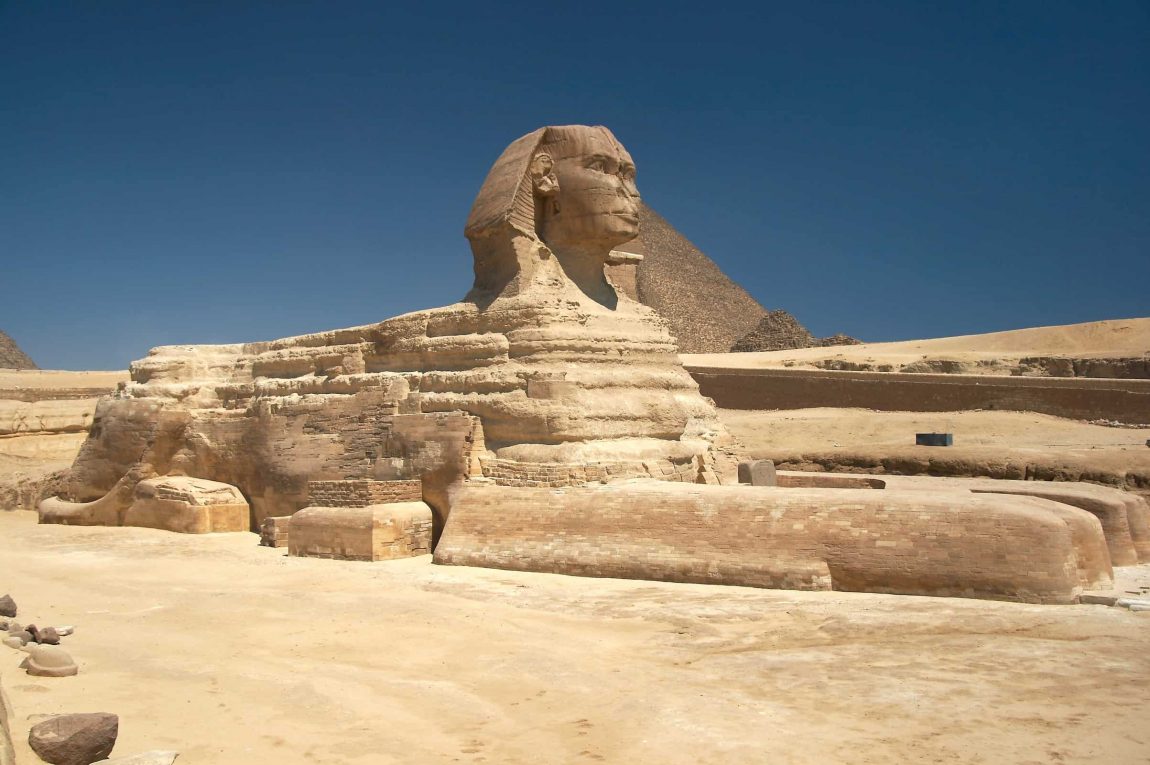 A sphinx is a mythical creature with, as a minimum, the body of a lion and a human head. In Greek tradition, it has the haunches of a lion, the wings of a great bird, and the face of a woman. She is mythicised as treacherous and merciless. Those who cannot answer her riddle suffer a fate typical in such mythological stories, as they are killed and eaten by this ravenous monster. Unlike the Greek sphinx which was a woman, the Egyptian sphinx is typically shown as a man (an androsphinx).