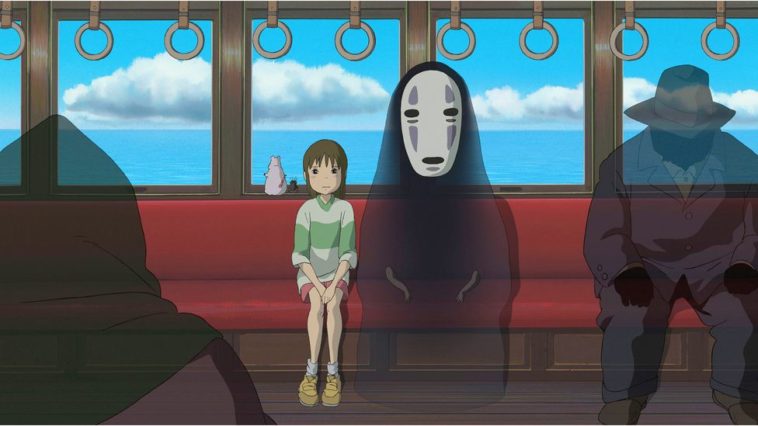 Spirited Away is a 2001 Japanese animated fantasy film written and directed by Hayao Miyazaki. The story follows 10-year-old Chihiro Ogino, who finds herself in another world inhabited by spirits and monsters after her family moves to an new neighborhood. After they are turned into pigs at the hands of witch Yubaba, she must work for them until she can find a way back home while avoiding being eaten alive or transforming like those before her!