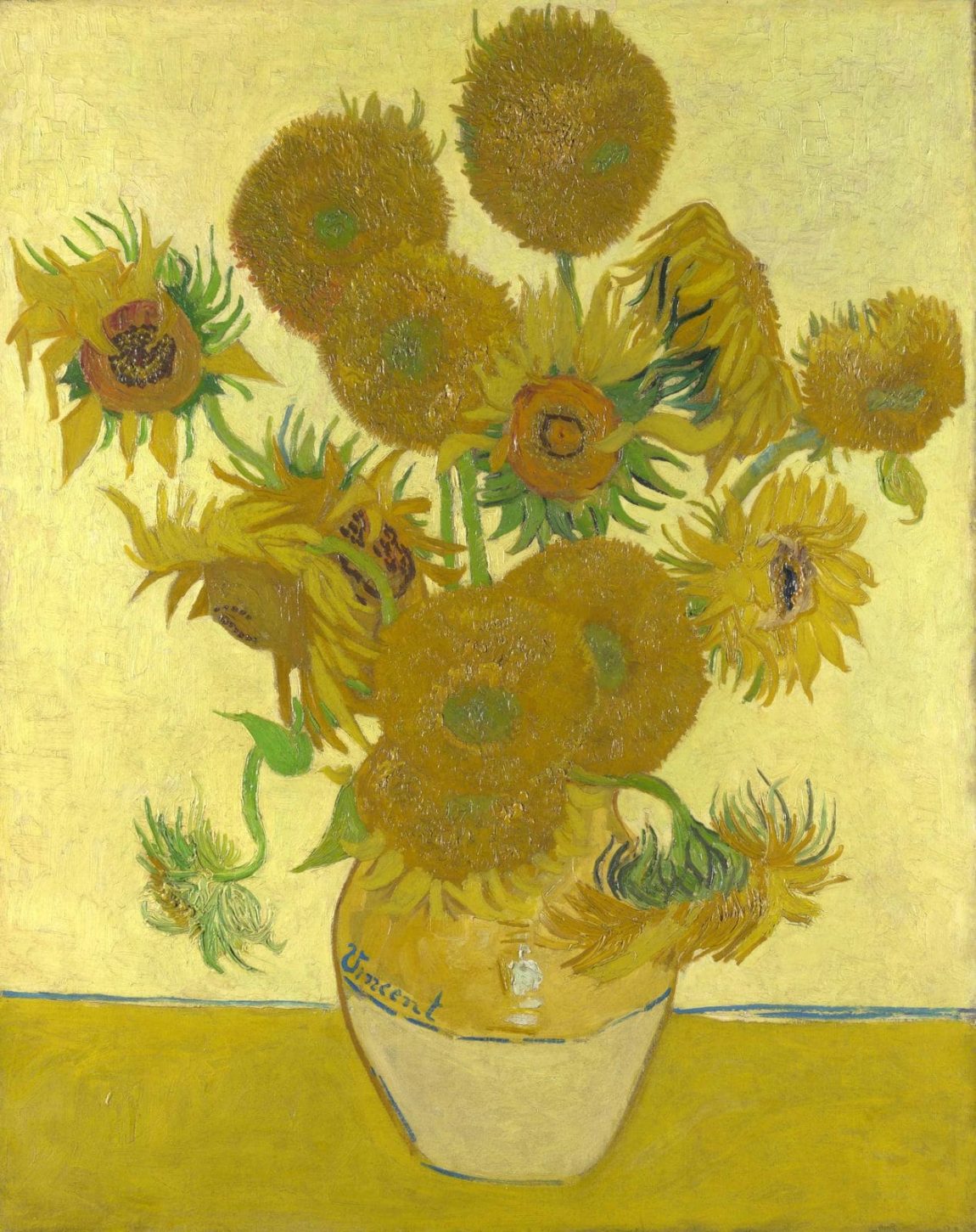 Sunflowers are the subject of two series of still life paintings by the Dutch painter Vincent van Gogh. The earlier series executed in Paris in 1887 gives the flowers lying on the ground, while the second set executed a year later in Arles shows bouquets of sunflowers in a vase. In the artist’s mind both sets were linked by the name of his friend Paul Gauguin, who acquired two of the Paris versions.