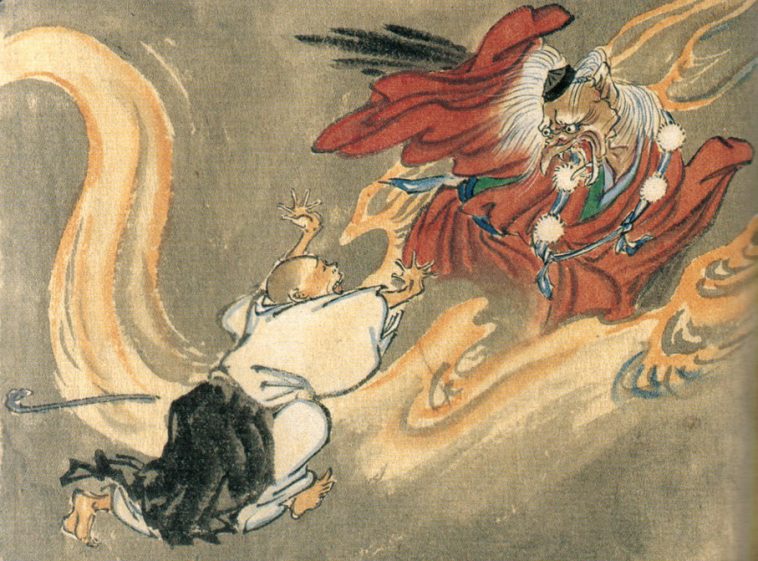 are a type of legendary creature found in Japanese folk religion and are also considered a type of Shinto god or yōkai (supernatural beings)). Although they take their name from a dog-like Chinese demon, the tengu were originally thought to take the forms of birds of prey, and they are traditionally depicted with both human and avian characteristics.