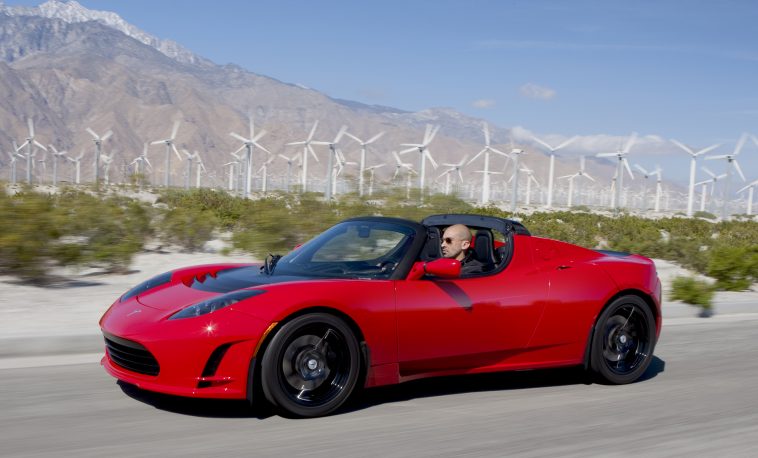 The Tesla Roadster is a battery electric vehicle (BEV) sports car produced by the electric car firm Tesla Motors in California between 2008 and 2012. The Roadster was the first highway-capable all-electric vehicle in serial production for sale in the United States in the modern era. Since 2008 Tesla has sold more than 2,400 Roadsters in 31 countries through September 2012. Tesla began producing right-hand-drive Roadsters in early 2010.