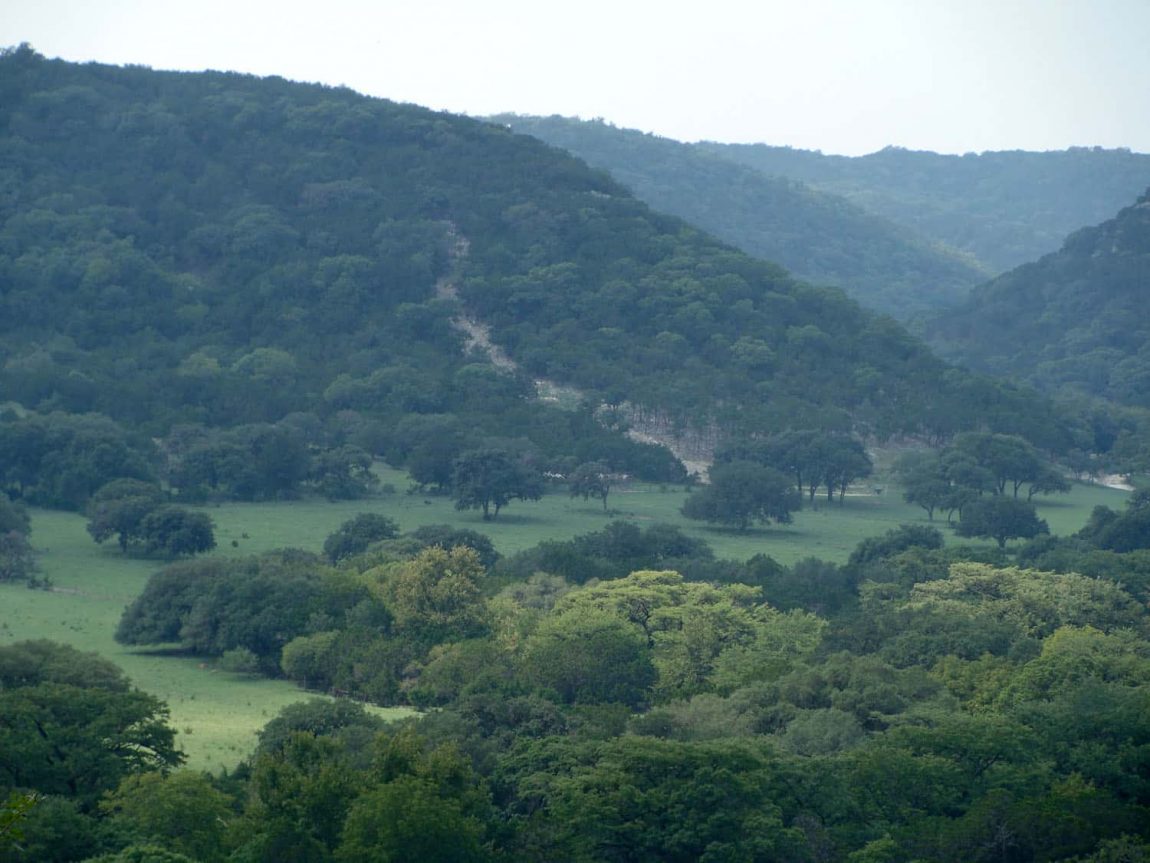 The Texas Hill Country is a vernacular term applied to a region of Central Texas featuring tall rugged hills consisting of thin layers of soil atop limestone or granite. It also includes the Llano Uplift and the second largest granite dome in the United States, Enchanted Rock. The Hill Country reaches into portions of the two major metropolitan areas of Central Texas, especially in San Antonio’s northern suburbs and the western half of Travis County, ending just west of Downtown Austin.