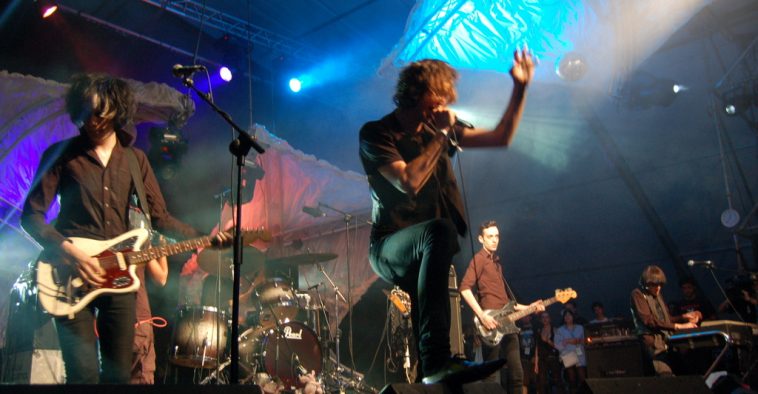 The Horrors are an English band formed in Southend-on-Sea in 2005. Their debut Strange House, was released in 2007 and reached number thirty-seven on the UK Albums Chart, their second album Primary Colours was released in 2009 and peaked at number 25 in the UK. The album was also shortlisted for the Mercury Prize in 2009. In July 2011 The Horrors’ third album Skying was released, and reached number five in the UK album chart. Their fourth album is announced to come out in september 2013.