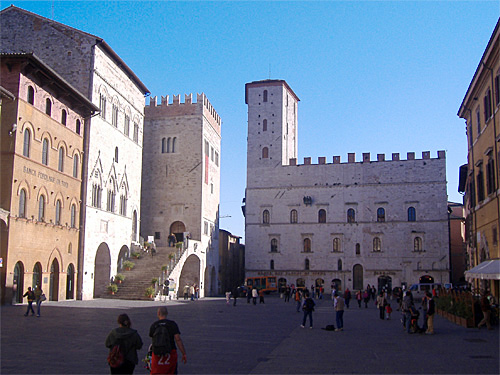 Todi is a town and comune (municipality) of the province of Perugia in central Italy. It is perched on a tall two-crested hill overlooking the east bank of the river Tiber, commanding distant views in every direction. In the 1990s, Richard S. Levine, a professor of architecture at the University of Kentucky, chose Todi as the model sustainable city, because of its scale and its ability to reinvent itself over time. After that, the Italian press reported on Todi as the world’s most livable city.