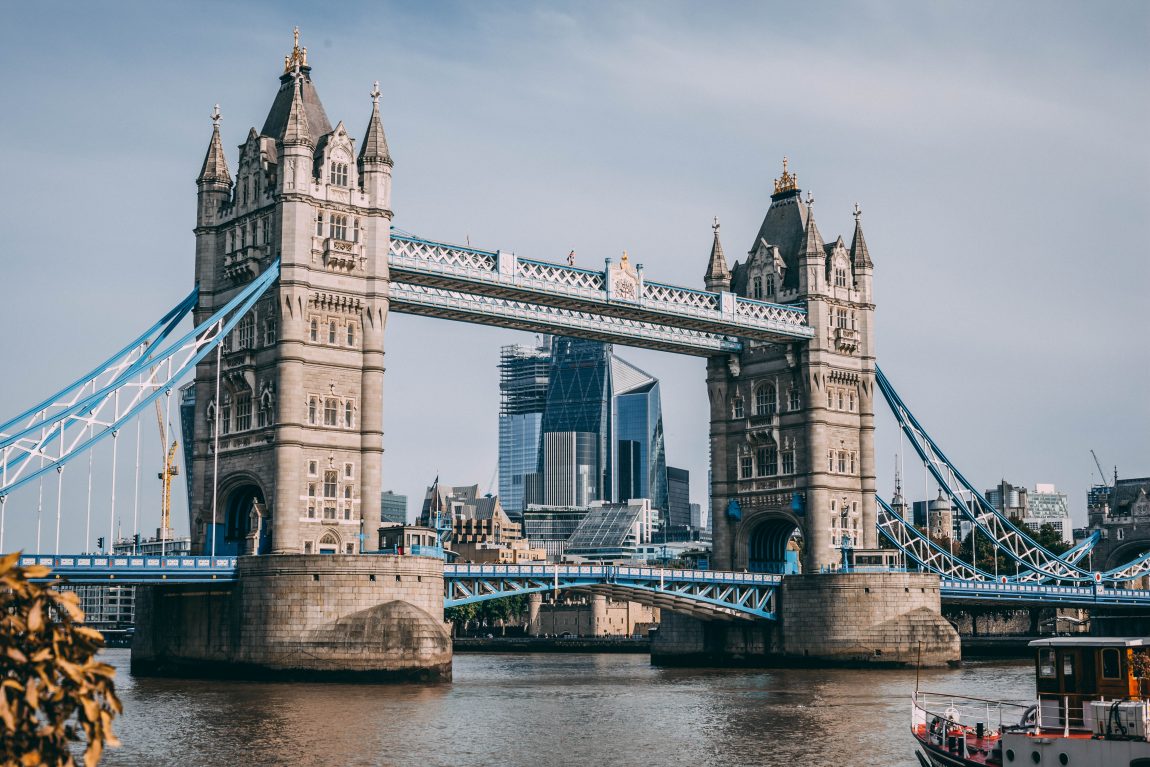 Tower Bridge (built 1886–1894) is a combined bascule and suspension bridge in London, over the River Thames. It is close to the Tower of London, from which it takes its name. Contrary to popular belief, the song “London Bridge is Falling Down” has nothing to do with Tower Bridge, instead referring to the collapses of other various London Bridges. It has become an iconic symbol of London.