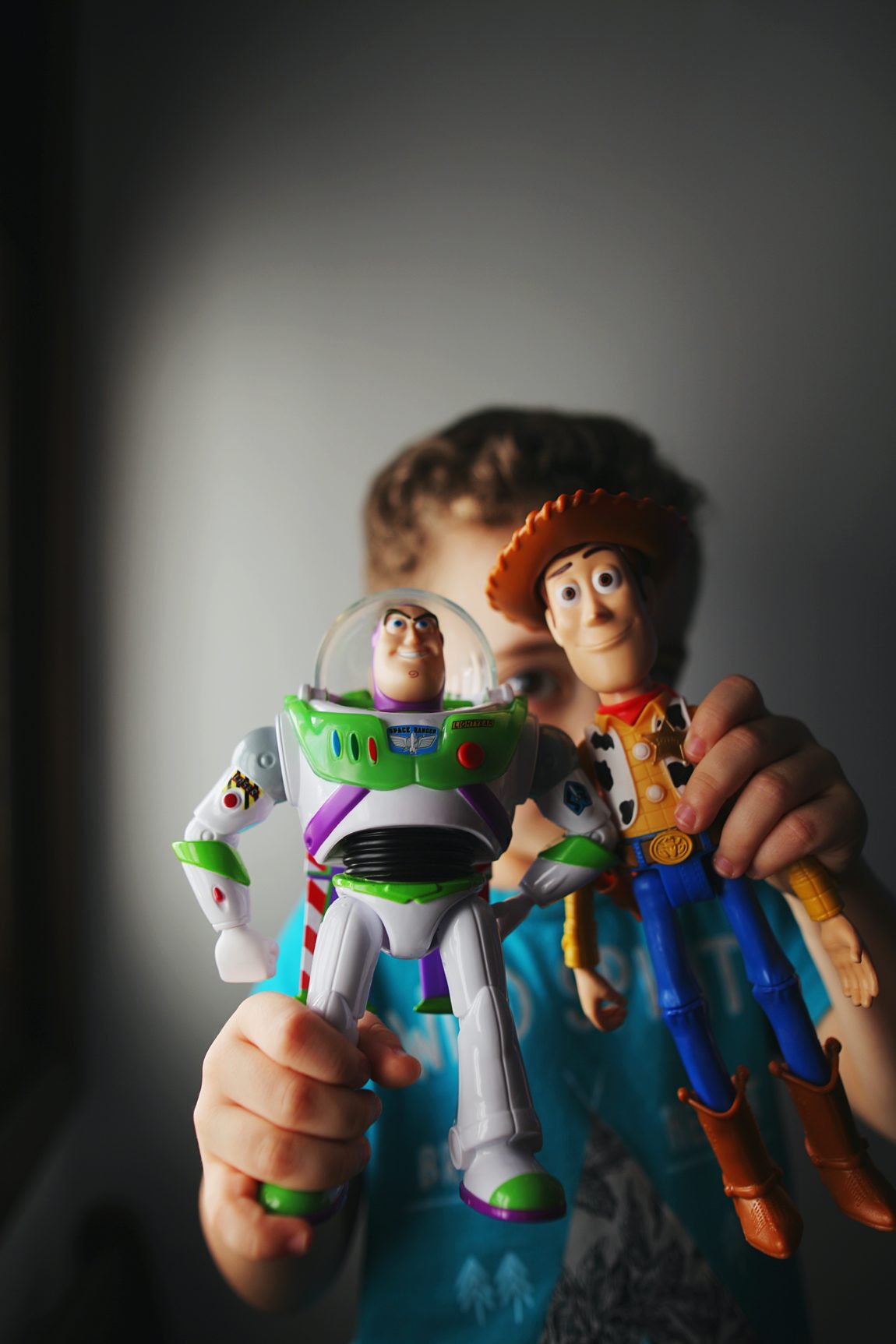 Toy Story is a 1995 American computer-animated family buddy comedy film produced by Pixar and directed by John Lasseter. Distributed by Walt Disney Pictures, Toy Story was the first feature-length computer-animated film and the first film produced by Pixar. Toy Story follows a group of anthropomorphic toys who pretend to be lifeless whenever humans are present, and focuses on the relationship between Woody, a pullstring cowboy doll, and Buzz Lightyear, an astronaut action figure.