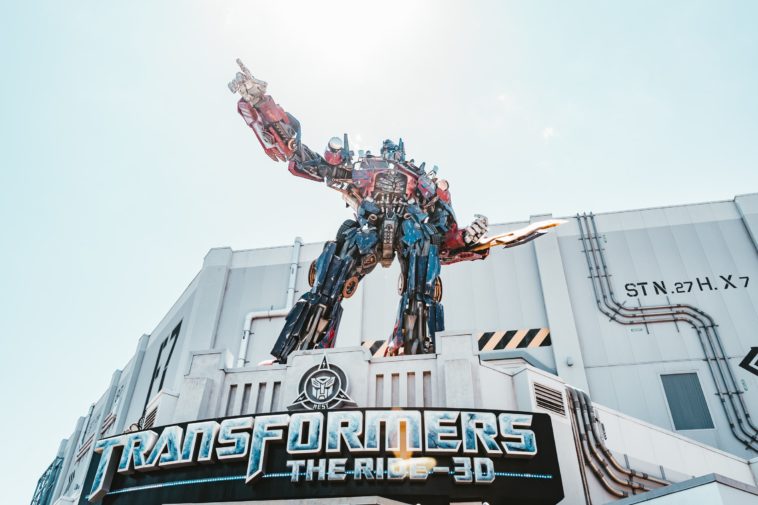 Transformers is a 2007 American science fiction action film based on the Transformers toy line. The film, which combines computer animation with live-action, is directed by Michael Bay and Steven Spielberg helped produce it. Starring Shia LaBeouf as Sam Witwicky, the movie tells the story of teens in war between two factions of alien robots who can disguise themselves an everyday machinery – Autobots vs Decepticons. Transformers opened in the United States on July 3, 2007 and other countries shortly thereafter. Transformers was a box office success with approximately $709 million worldwide; $836 million if you include the $160 million it cost to make Transformers.

The Autobots experience trouble landing on Earth and are mostly destroyed as they land. Sam Witwicky buys his first car, an old Chevrolet Camaro named Bumblebee, at an auto-yard sale. At home he discovers it is alive and Optimus Prime (Peter Cullen), leader of the heroic Autobots reveals himself from within the vehicle as their battle takes them across town. During their fight Decepticons led by Megatron (Hugo Weaving) attack a military base where one of the Transformers’ creators, Doctor Fujikawa (Ken Watanabe) is captured after spotting the Decepticons entering an abandoned nuclear power plant. Sam and a paranoid soldier named Leo Spitz (Kevin Dunn) pursue them but are caught in an explosion which awakens Megatron and several Constructicons who then kill Spitz before attacking Prime.

Megatron kills Prime and learns of three monuments that when brought together will form the Star Saber, a weapon capable of defeating him. He orders his army to gather Earth’s energy resources by raiding the planet’s main strategic points using Transformers that disguise themselves as vehicles or buildings.