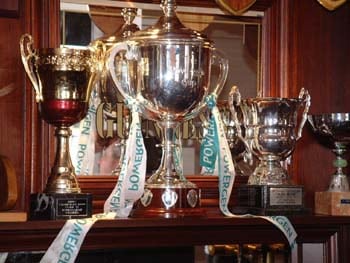 A trophy is a reward for a specific achievement, and serves as recognition or evidence of merit. Trophies are most often awarded for sporting events, from youth sports to professional level athletics. In many sports medals are often given out either instead of or along with trophies. Originally the word trophy, derived from the Greek tropaion, referred to arms, standards, other property, or human captives and body parts captured in battle.