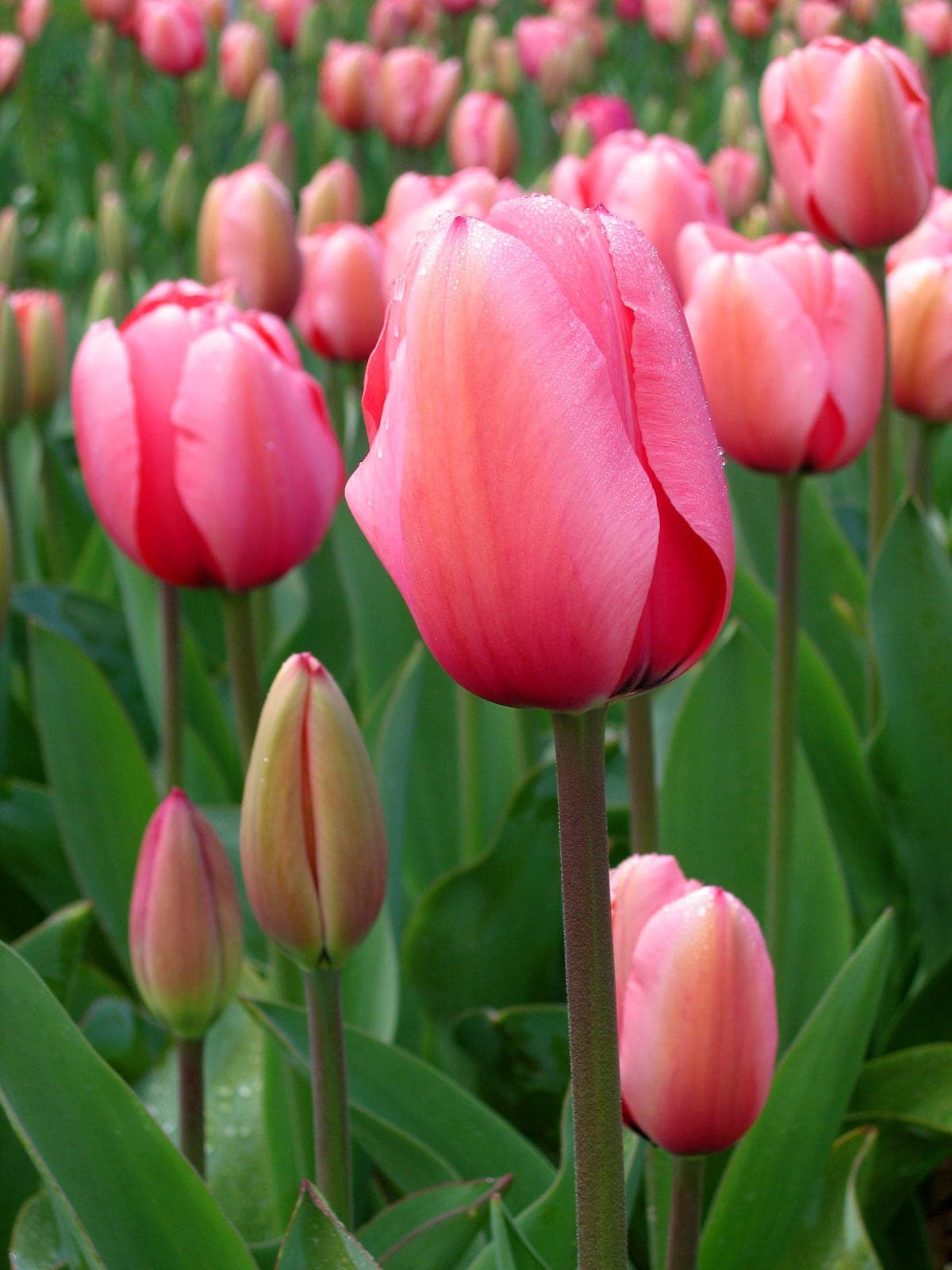 The tulip is a perennial, bulbous plant with showy flowers in the genus Tulipa, of which up to 109 species have been described and which belongs to the family Liliaceae. The genus’s native range extends from as far west as Southern Europe, Anatolia, Israel, Palestine, North Africa, and Iran to the Northwest of China. The tulip’s centre of diversity is in the Pamir, Hindu Kush, and Tien Shan mountains.