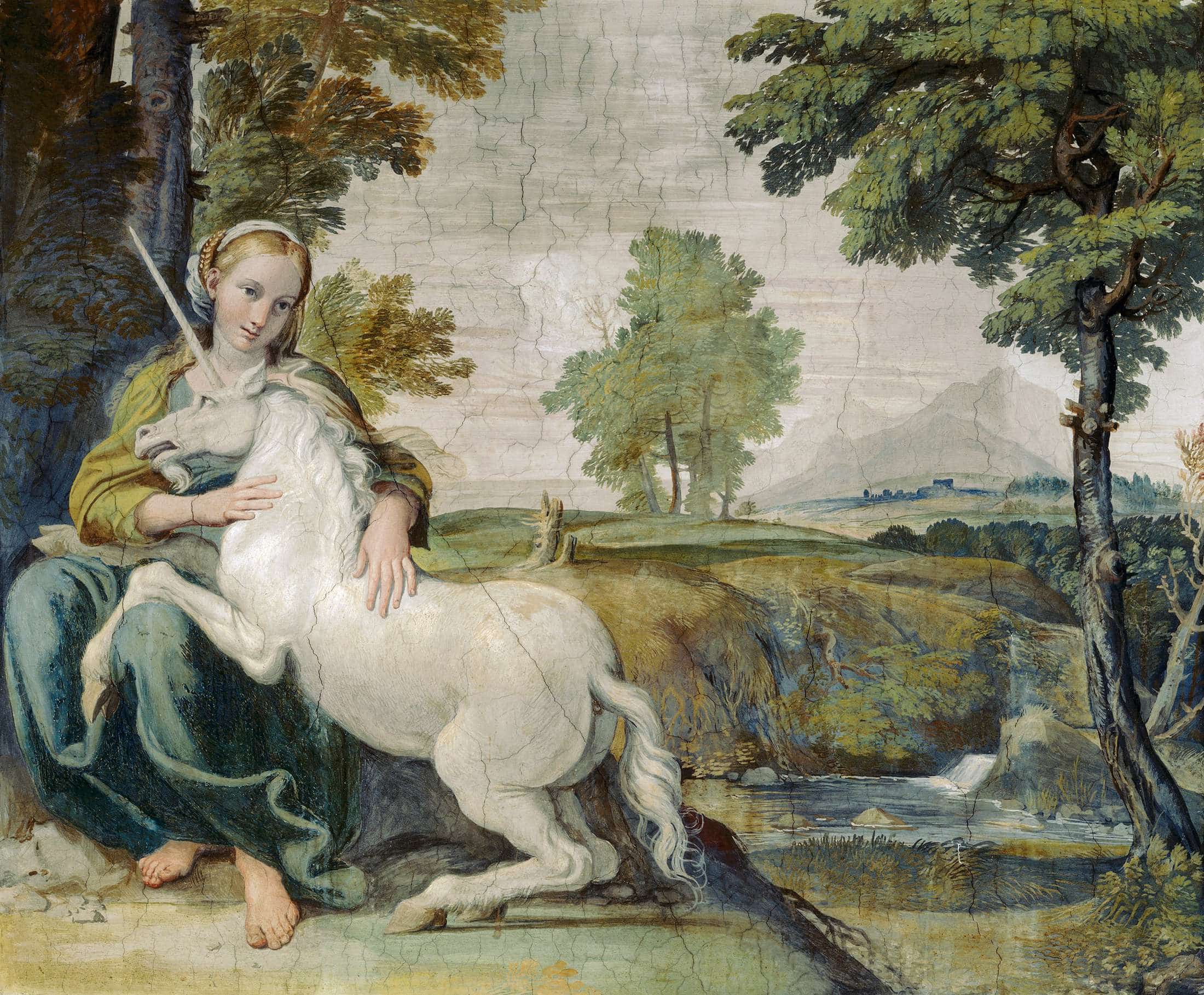 The unicorn is a legendary animal from European folklore that resembles a white horse with a large, pointed, spiraling horn projecting from its forehead, and sometimes a goat’s beard and cloven hooves. First mentioned by the ancient Greeks, it became the most important imaginary animal of the Middle Ages and Renaissance when it was commonly described as an extremely wild woodland creature, a symbol of purity and grace, which could only be captured by a virgin.