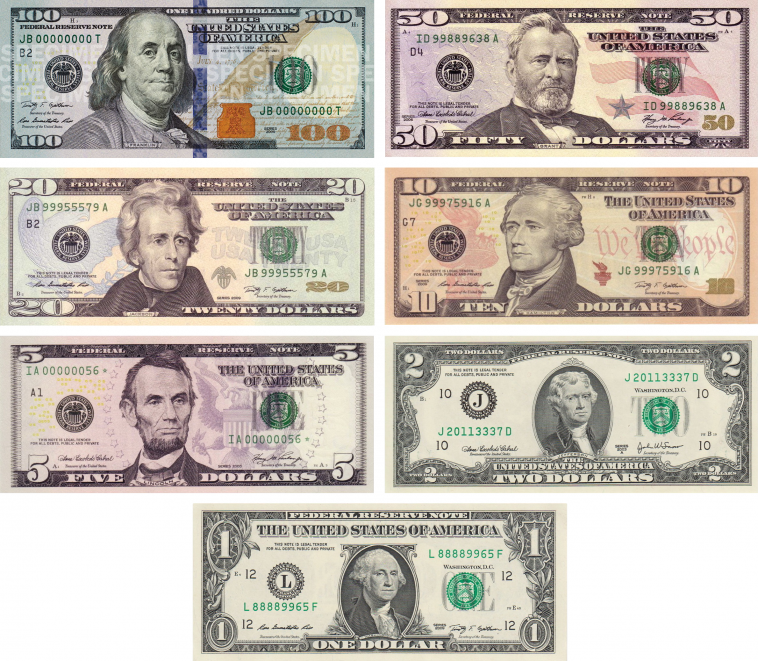 The United States dollar, also referred to as the U.S. dollar or American dollar, is the official fiat currency of the United States of America and its overseas territories. It is divided into 100 smaller units called cents. The U.S. dollar is the currency most used in international transactions and is one of the world’s dominant reserve currencies. Several countries use it as their official currency, and in many others it is the de facto currency.