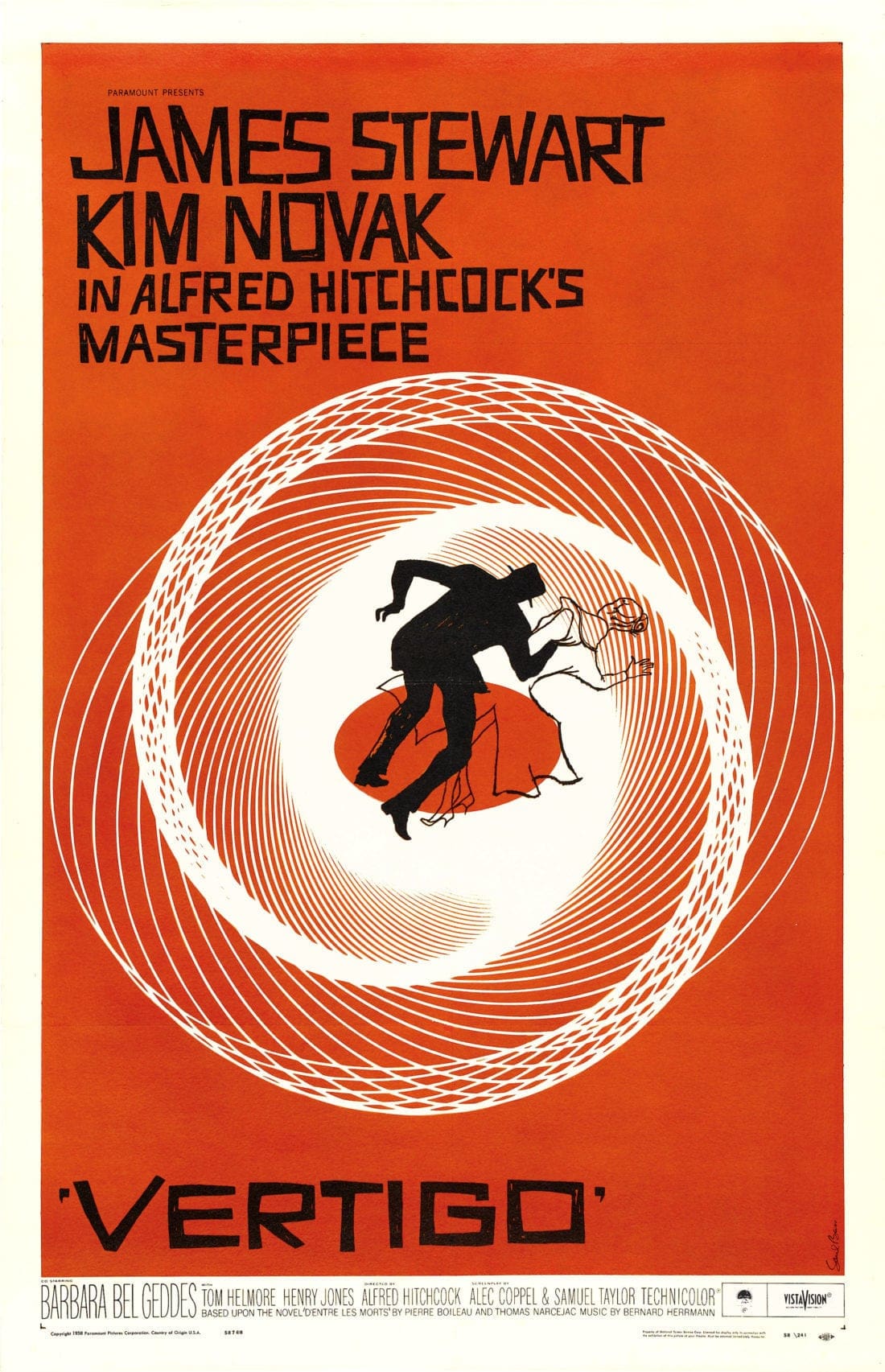 Vertigo is a 1958 psychological thriller film directed by Alfred Hitchcock based on the 1954 novel D’entre les morts by Boileau-Narcejac. The screenplay was written by Alec Coppel and Samuel A. Taylor. The film stars James Stewart as former police detective John “Scottie” Ferguson, who has been forced into early retirement due to disabilities (vertigo and clinical depression) incurred in the line of duty.