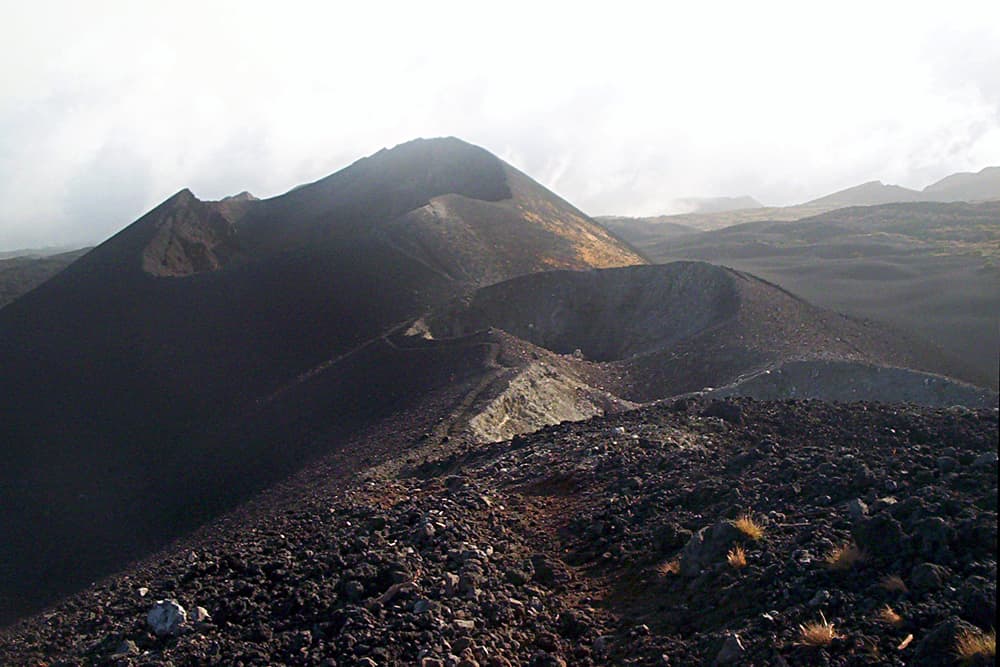 A volcanic crater is a circular depression in the ground caused by volcanic activity. It is typically a basin, circular in form within which occurs a vent (or vents) from which magma erupts as gases, lava, and ejecta. A crater can be of large dimensions, and sometimes of great depth. During certain types of climactic eruptions, the volcano’s magma chamber may empty enough for an area above it to subside, forming what may appear to be a crater but is actually known as a caldera.