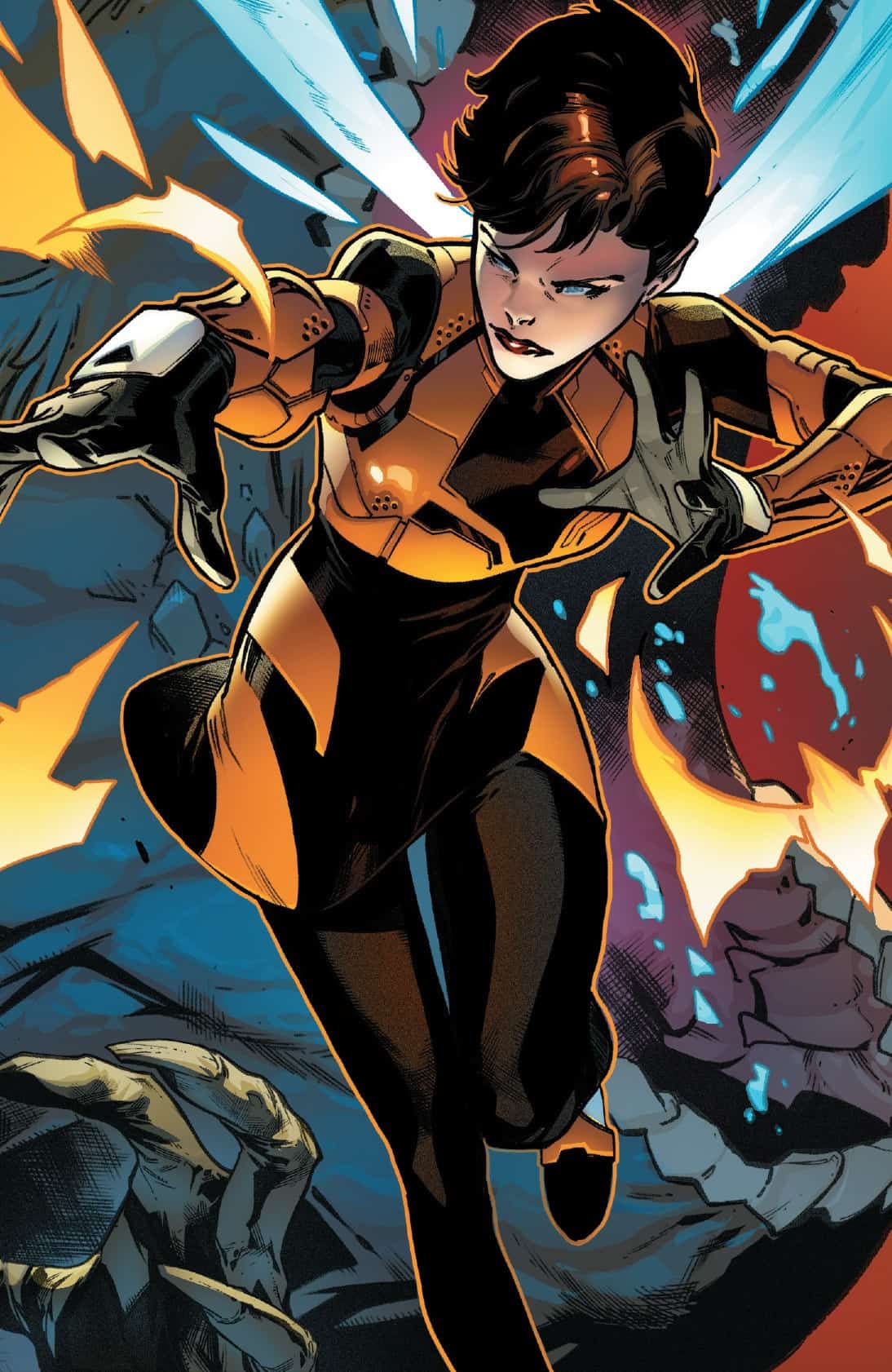 Wasp (Janet van Dyne) is a fictional character, a superheroine in the Marvel Comics universe and founding member of the Avengers. Created by Stan Lee and Jack Kirby, the character first appeared in Tales to Astonish #44 (June 1963). “The Winsome Wasp”, as she is sometimes referred to, is usually depicted as having the ability to shrink to a height of perhaps several centimeters, grow to giant size, fly by means of insectoid wings, and fire yellow energy blasts.