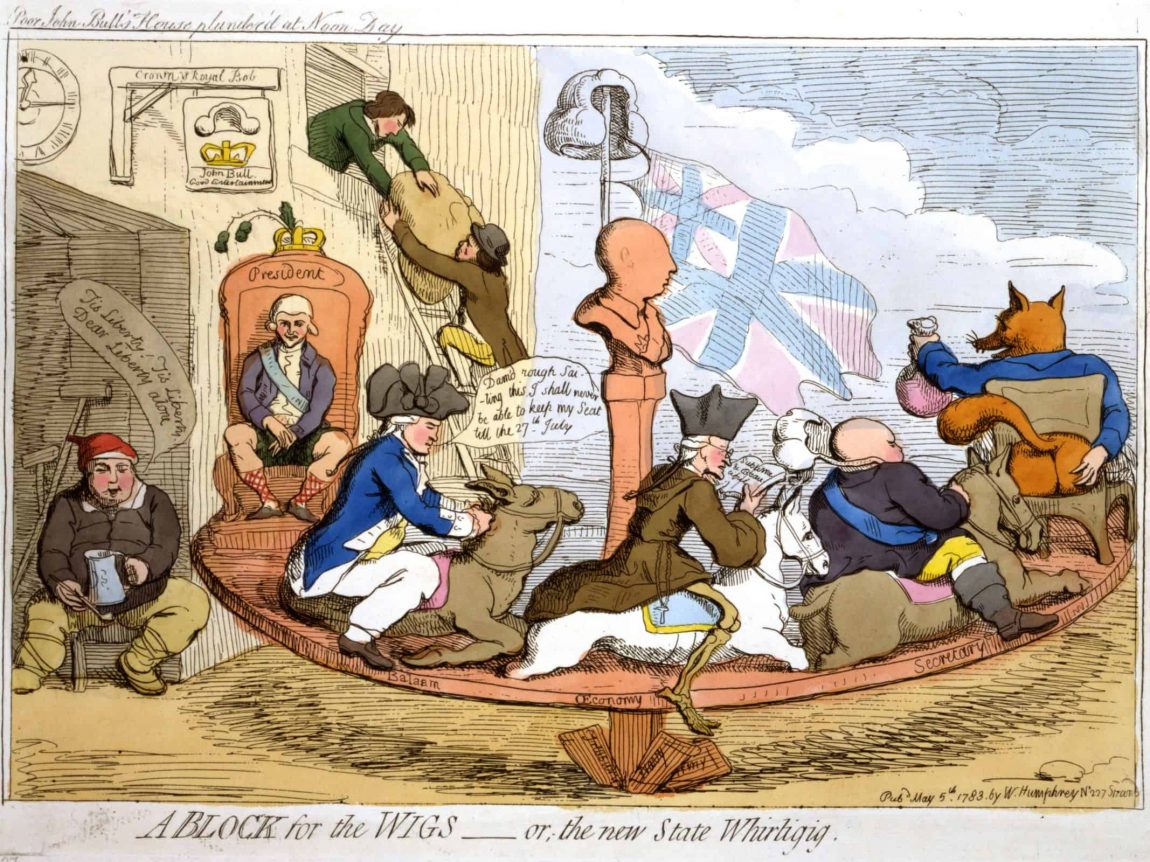 The Whigs were initially a political faction, and later a political party, in the Parliament of England, Parliament of Great Britain, and Parliament of the United Kingdom, who contested power with the rival Tories from the 1680s to the 1850s. The Whigs’ origin lay in constitutional monarchism and opposition to absolute rule. The Whigs played a central role in the Glorious Revolution of 1688, and were the standing enemies of the Stuart kings and pretenders, who were Roman Catholic.