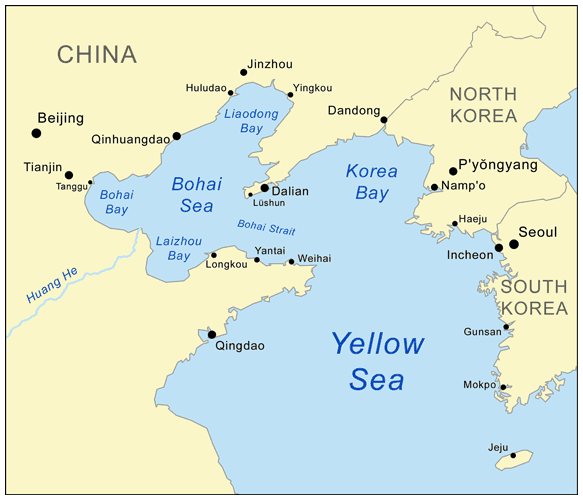 The Yellow Sea is the name given to the northern part of the East China Sea, which is a marginal sea of the Pacific Ocean. It is located between mainland China and the Korean Peninsula. Its name comes from the sand particles from Gobi Desert sand storms that turn the surface of the water golden yellow. The innermost bay of the Yellow Sea is called the Bohai Sea (previously Pechihli Bay or Chihli Bay). Into it flow both the Yellow River and Hai He.