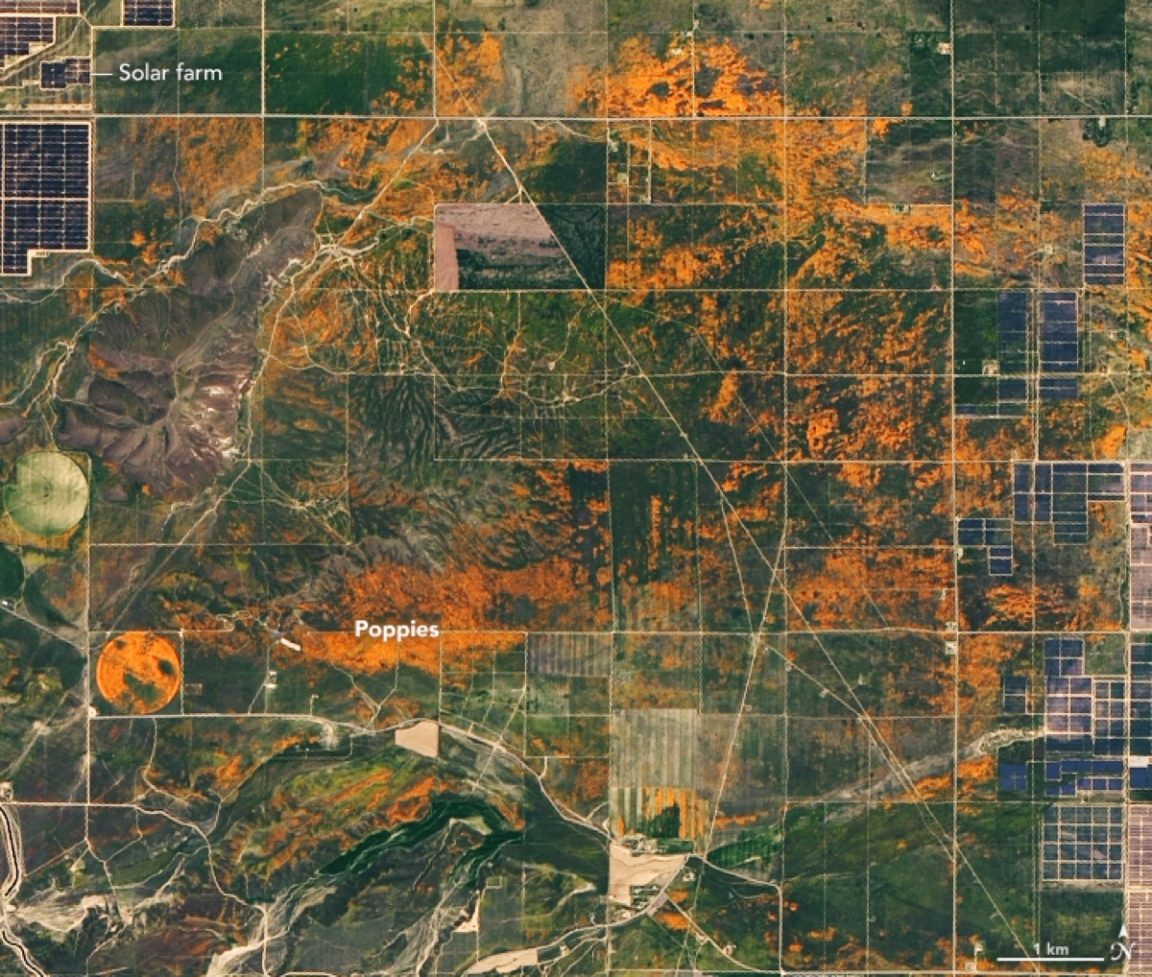 Annually Antelope Valley in California exploder with a variety of colors as immense numbers of flowers blossom. California poppy is an unbeatable star of the show. Usually, tourists crowd to the Antelope Valley California Poppy Reserve to breathe in and embrace the mesmerizing scene, but this year proves to be distinctive. Due to COVID-19, the reserve is closed for the time being, so poppy watching is not possible. We can have a whole new experience and perspective on them flowers, thanks to NASA.
Because the poppy fields are in a very close range to NASA‘s Armstrong Flight Research Center, it’s quite easy for Landsat 8 satellite to catch the super bloom.
Glowing orange poppies make their imprint. Thankfully this year, we’re getting more rainfall than in previous years, so the flowers will most probably last longer, which will make 2020 blossoming very special.
Officials of the park were astonished by the flowers’ vibrance, given that rainfall lasted long – all the way until April. NASA pointed out that poppies will change their looks, as they open their leaves when the sun shines, and they close them up when it’s windy and chilled.
If interested in a fresh, first-hand glimpse of the poppies, tune in to the Antelope Valley California Poppy Reserve live cam, where you’ll be able to see views of the flowers. State Park Interpreter Jean Rhyne also shows off the park in a virtual tour.