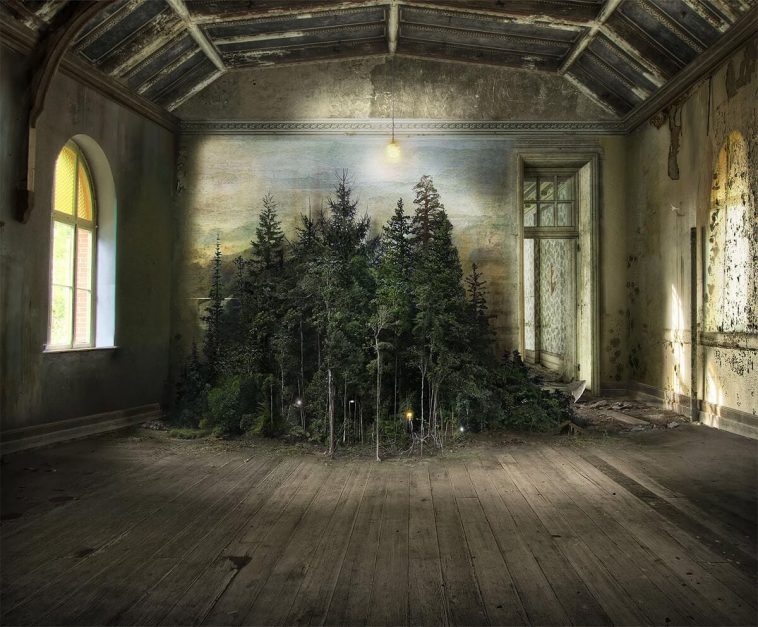 Artist Suzanne Moxhay creates photomontage views which seem to effortlessly blend elements from both her own photography fashion and her large archive of gathered images. To produce her taken and assembled photographs, Moxhay relies on a film method dating back to the early 20th century named matte painting, a process where backdrops are represented on glass panels and blended into live-action sets. Using this method she creates the illusion that all of her disparate pictures are one cohesive image, first arranging the fragments on a glass, then re-photographing the new shape, and finally touching up the pieces digitally.

“In my recent work I have been exploring concepts of spatial containment in montages built from fragments of photographed and painted interiors,” says Moxhay. “Architectures are disrupted by anomalous elements – contradictory light sources, faulty perspective, paradoxes of scale. Light casts shadows in the wrong direction, walls fail to meet in corners, an area of the image can be seen either as an enclosing wall or dark overcast sky.”

Moxhay lives and operates in London. You can observe more of her scenes on her website. 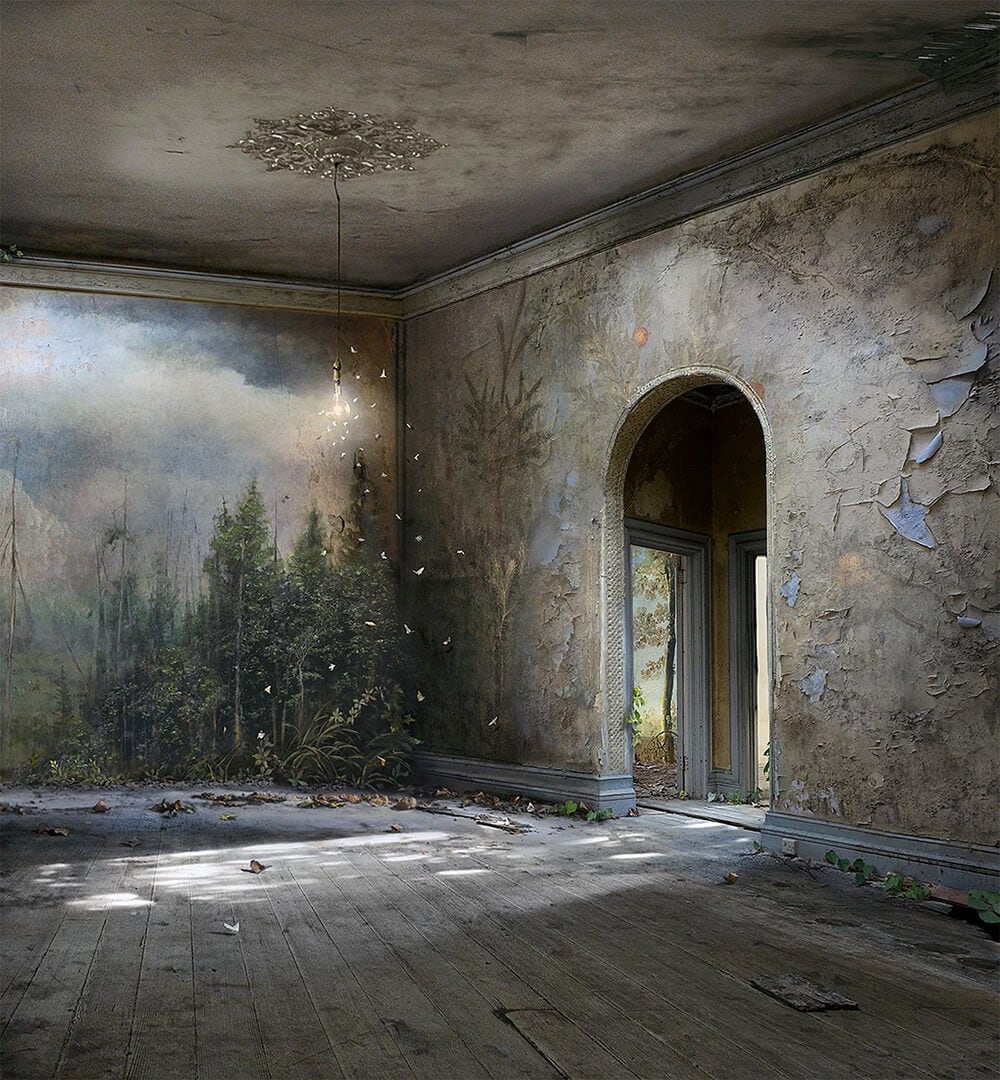 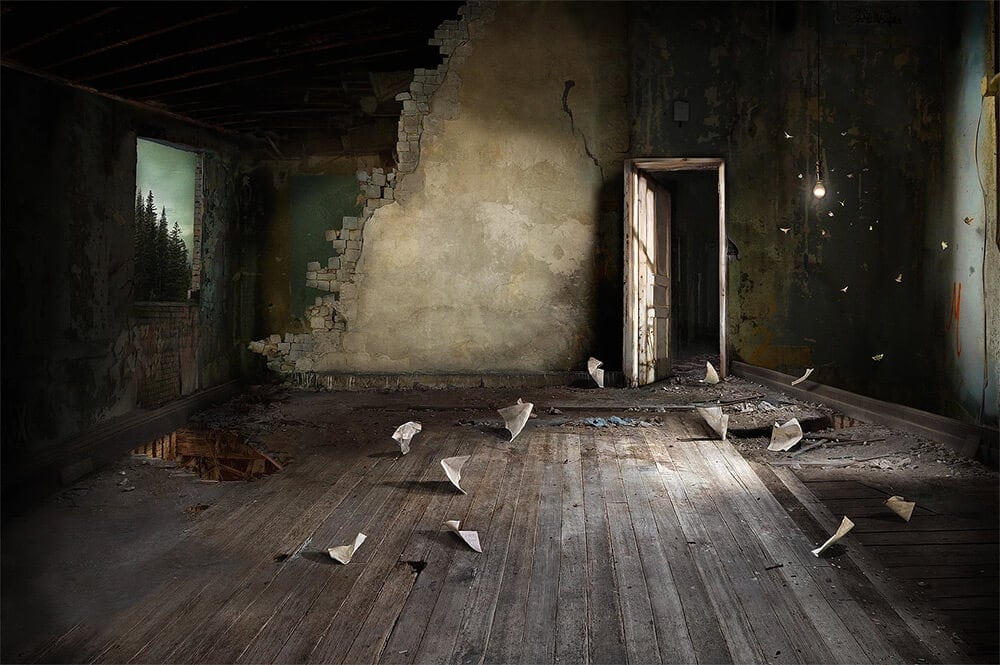 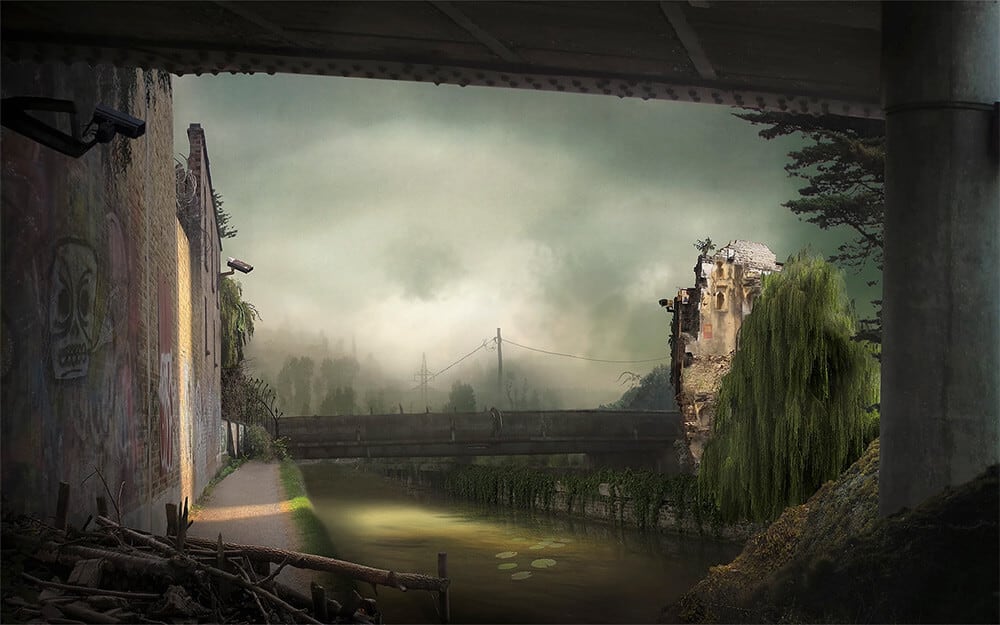 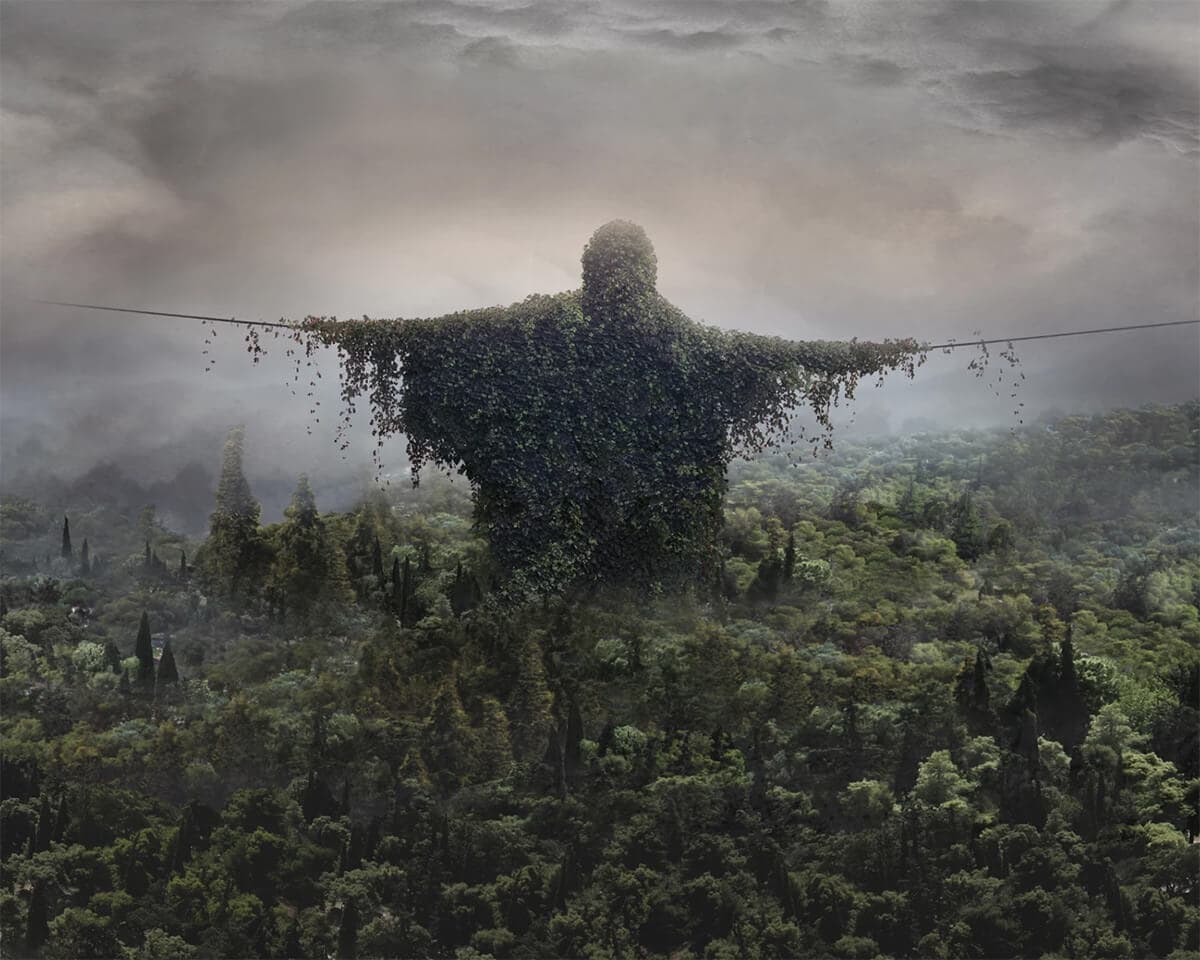