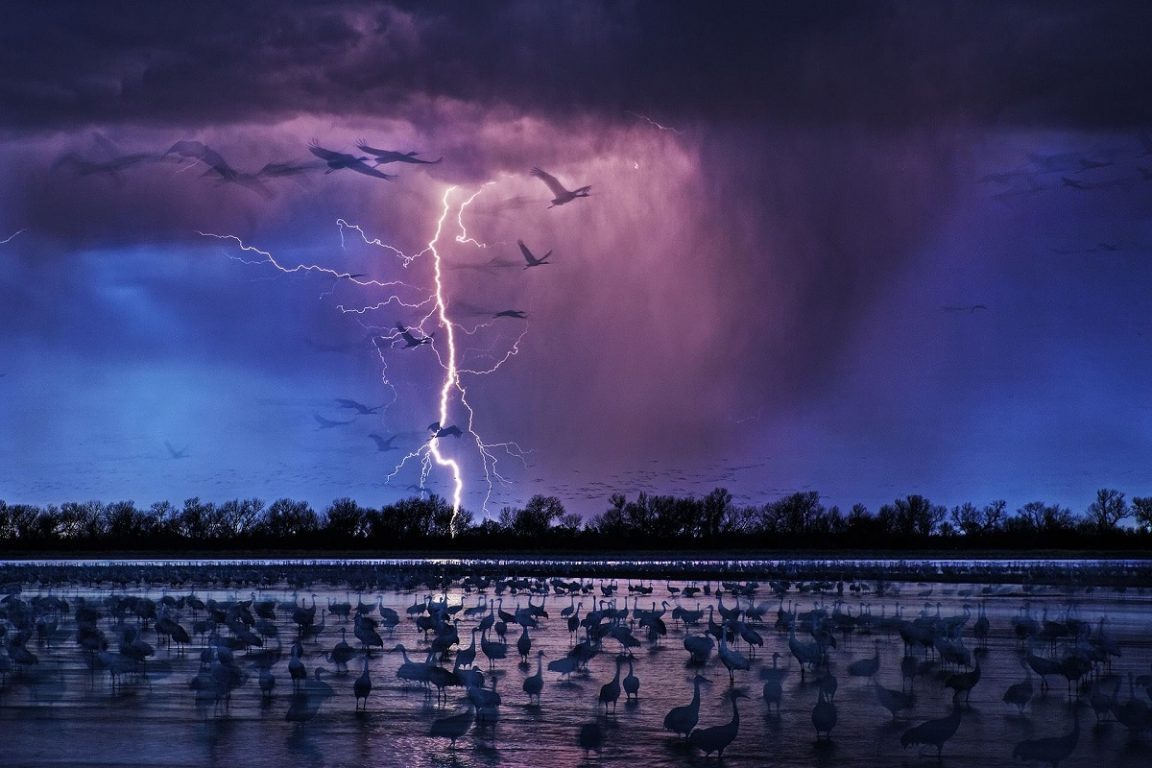 Sand Hill Cranes by Randy Olson. Wood River, Nebraska, U.S. SIPA Contest Photo of the Year. This picture harkens back to a time when the USA had braided streams and a lot of space for the Sand Hill Crane migration. Now, only a little region of the Platte River in Nebraska can accommodate all of these. Volunteers in the Crane Trust counted 413,000 Sandhill Cranes on this evening... more than they have ever counted before. These cranes are running out of habitat in the majority of their migration that goes out of Siberia to South America.

The Siena International Photo Awards is now in its third year, but the width of pictures they display is incredible. The winning photos for 2017 feature grandiose landscapes, the powerful animal kingdom, and a look at the lives of people from every part of the earth. The photo contest is hosted by Art Photo Travel, a non-profit organization whose mission entails “cultural initiatives aimed at spreading, promoting and enhancing monuments, art, customs, cultures and natural beauty from all around the globe.”

This year, the judges had their work cut out for them. They accepted nearly 50,000 images from both professional and amateur photographers from 161 countries. The winners are equally as compelling as the categories are termed.

Above all the entries, the judges picked a single Photo of the Year. The 2017 honor goes to National Geographic photographer Randy Olson for his image titled Sand Hill Cranes. The character picture shows a flock of cranes in motion as a bolt of lightning strikes Ogallala Aquifer near Wood River, Nebraska. Olson snapped the photo in August 2016. “There was a whole lot of lightning straight behind the critters,” he recalls. “I put the camera on a tripod and just started pumping the camera, making continuous 30-second exposures. This shot appeared to capture the lightning and all the birds in movement.”